You are here: Home / Health / Potpourri Marijuana Has New Hampshire in a State of Emergency

On Friday, Maggie Hassan, New Hampshire governor, declared a state of emergency. This action was based on the fact that there were 44 reported overdoses due to the smoking of “Smacked”, a synthetic drug similar to marijuana that convenience stores market as potpourri.

Currently, public health officials have the authority of investigating the stores where the products are being sold and may quarantine the product if needed.

Hassan insisted that such products represent an important threat to public health. She said that young people are most prone to consume them and as such, it is in her responsibility to make sure that future overdoses are prevented. 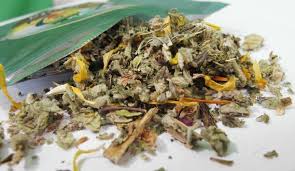 Health officials are also quite concerned with several types of Smacked, especially the bubblegum flavor of the product, as many people who were brought to the hospital reported taking it.

The situation is similar to the 2012 bath salt craze, when thousands of people were sent to hospitals.

These potpourris are sprayed with a chemically produced substance that is similar to tetrahydrocannabinol, the active substance in marijuana.

The governor’s office released information that showed that more than 20 people had been hospitalized because of the synthetic pot since August 11. Moreover, 21 additional people experienced serious medical reactions after having consumed the product.

Another 3 overdoses occurred in the last 24 hours according to Concord police.

Commissioner Nicholas Toumpas, with the New Hampshire Health and Human Services warned the public that these substances are extremely dangerous and that they should be avoided at all costs. He added that local police departments will be instating the quarantine as soon as possible.

Synthetic pot (like Smacked) is chemically engineered to act like the THC in marijuana (the ingredient that gets you high).

In convenience stores, these potpourri ingredients are labeled as “herbal incense products” and while its label clearly states that they aren’t fit for human consumption, few enthusiasts actually head the warnings.

They are either smoked or brewed into teas so that consumers can get high.

Other brands have also tested positive for several controlled substances (“Crazy Monkey” and “Green Giant”) and in the future, they too will become subject to investigations and quarantines.