On Wednesday, the private jet carrying Eduardo Campos, Presidential Candidate for the Brazil elections, crashed. During the crash, Campos died. Consequently, the October elections and the financial markets in Brazil have been thrown into disarray.

The plane crashed in a residential area due to bad weather. Pilots had been trying to land in the city of Santos when the plane crashed, killing all seven people on board. 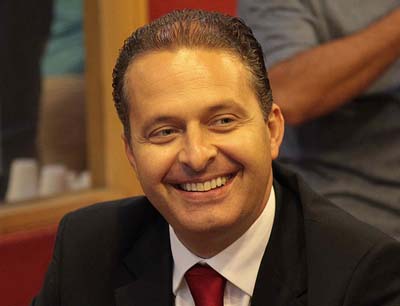 Eduardo Campos had been running on a business-friendly platform and he had the support of 10% of voters. Granted, Campos wasn’t expected to have had a chance at winning the elections on the 5th of October, but he was considered as a bright political star. His death does, however, greatly change the race dynamics.

Political analysts believe that the crash that claimed the life of Campos will cause great difficulty for current president, Dilma Rousseff, to win another term. Moreover, if Marina Silva runs in the place of Campos, Rousseff’s chances will slim further. Marina Silva is popular not just because of her background but also because of her religious beliefs. Evangelical Christians are an important demographic in Brazil’s voters and it’s precisely here where Silva is extremely popular.

After the crash, politicians all expressed their regrets for the charismatic and promising governor who was more than certainly going to become president at some point.

Because of the tragedy, Rousseff announced that all campaigning activities would cease for a period of three days. As Brazil lost one of its most promising political leaders, the three days pause period is not only welcome, but an obvious necessity.

Marina Silva broke into tears as she called Campos’ death a “tragedy” for Brazil. She did not indicate, however, if she will be stepping in as the candidate that would run in his place.

Brazilian financial markets also experienced a drop at the news of the governor’s death. Investors had a difficult time grasping how this death would affect the election.  In fact, the Bovespa stock fell 2 percent after the news of Campos’ death after which it rebounded to end 1.53 percent lower. Brazil’s currency also weakened after the news, and fell 0.53 percent. It bounced back later on today.

Campos had been in Rio de Janeiro on Tuesday night, to attend an interview with the nightly news program that is most watched in Brazil.

Renata de Andrade Lima Campos and their five children now mourn the death of their husband and father.