You are here: Home / Health / Pfizer Sued due to Claim that Lipitor Could be Involved in Diabetes Development

Since 1996, when it (Atorvastatin calcium) first reached the American market, Lipitor has been the number one best-selling drug available by prescription. Between its release and not, more than $130 billion were made in worldwide sales.

In the United States, there are currently more than 29 million patients who require Lipitor to lower their cholesterol levels. However, in spite of its beneficial effect, there are, according to a recent claim, side effects that should be taken into account. 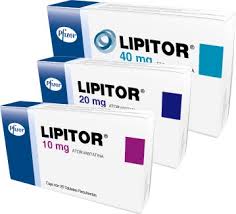 Pfizer faces a massive onslaught of lawsuits because of Lipitor’s potential involvement in the development of Diabetes Mellitus.

In fact, the U.S. Food and Drug administration was aware of the existence of this dangerous side effect but allowed that the medication be nevertheless released and sold to the general public.

After using Lipitor, it seems that women are more likely to develop diabetes than men.

In 2012, the FDA released a warning that included this side effect: they explained that with the entire statins family (drugs that lower cholesterol levels), a small risk of diabetes does exist. After the 2012 warning, several patients filed lawsuits against Pfizer and due to the increase in such claims, the federal panel has decided to consolidate the lawsuits in a Charleston, South Carolina Court.

At the mention of these claims, Pfizer, the pharmaceutical giant, denied any liability and wrongdoing and insisted that they would be fighting the case in court.

In the meantime, diabetes patients have received some good news regarding their treatment: Zultophy, a new drug that has been recently developed has already received approval by the European Medicines Agency and consequently, should be arriving in the United States in the next few years.

According to the Food and Drug Administration, there is an elegant balance between potential benefits of a drug and potential side effects. Consequently, they believe that the health condition increase produced by Lipitor greatly outweigh the minuscule risks of developing diabetes. As a result, the drug was released for general consumption.

Sadly, there are factors that have set the Lipitor diabetes cases apart from any other claims against similar companies. Most importantly, Lipitor is an all-time bestselling drug.

In 2013, when labeling changes occurred with most prescription drugs, the Foods and Drug Administration still expressed that they completely supported the cholesterol lowering medication.

What remains to be seen is if the judge rules in favor of the pharmaceutical giant and their cholesterol lowering agent.