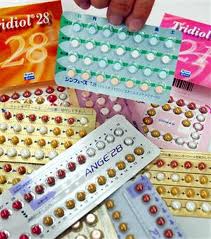 The constant subject of debate has yet again created a situation of discussion as a new study has just been published on Friday showing the risks connected to the little birth control pill. While it is a viable treatment options for acne, polycysts and menstrual cramp regulation, some wonder if the risks associated with the pill are worth taking it in the first place.

A study that has been published on Friday in Cancer Research raised serious doubts as it showed that women who were using high-dose estrogen birth control pills had a 50 percent higher risk of developing breast cancer as opposed to women who took lower-dose formulation of the birth control pill.

The pill was first introduced on the market in the 1960’s and since then, significant changes have been made to the drug. Most importantly, estrogen dosage has been adjusted constantly due to several modifications in safety regulations as well as higher cancer risks for patients using the pill.

In fact, according to the World Health Organization, oral contraception is classified as a definite carcinogen due to its increased rates of liver, cervical and breast cancer.

A normal woman, not using oral contraception has a one in seven chance of developing breast cancer. Women who use high-estrogen pills, however, have increased odds of developing the same ailment especially if that is coupled with genetic history, according to the study published on Friday.

The study included 1,102 women, all living in the Seattle-Puget Sound area, aged 20-49, who had previously been diagnosed with breast cancer and a control group of 21,952 women who hadn’t developed the disease. If the women had taken oral contraceptives that had high estrogen concentrations within the past year, they were 50% more likely to have developed breast cancer as opposed to at-risk women who stopped taking the pill before the study was conducted and women who had never ingested the pill.

While these results aren’t yet confirmed, they do mirror previous studies which investigated exactly these long term effects of oral contraceptives.

In spite of the study, physicians believe that the therapeutic benefits of oral birth control outweigh the potential risk and although women react differently to them, they should remain a viable option.

As the risk decreases after stopping oral contraceptives, Elisabeth F. Beaber, staff scientist at the Public Health Sciences Division of the Fred Hutchinson Center Research Center, explained that the established health benefits that oral contraceptives provide should not be overlooked.