You are here: Home / National News / Negotiations with Israel at a Halt until Hamas Cease Rocket Fire from Gaza

Israel and Hamas have been in tough debate regarding the conditions of a possible truce. Egyptian-brokered discussions have been halted on Saturday after the Israeli team refused to rejoin negotiations in Cairo. According to senior officials, Israeli diplomats will not be rejoining the negotiations table until Hamas ceases its rocket fire from Gaza.

On Saturday attacks continued from Gaza into Israel, though at lower intensity. While Gazan militants launched 28 rockets at Israel, Israel decided to respond by striking around 50 targets in Gaza, including homes and mosques. 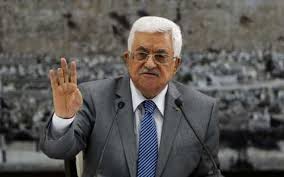 The negotiations in which Egyptians were shuttling between Palestinian and Israeli diplomats aren’t going as planned. Discussions that began earlier this week were meant to create a sustainable ceasefire based on new border arrangements in Gaza.

For the last seven years, commerce and movement have been severely restricted by both Israel and Egypt due to the fact that Hamas seized the country.

It seems that the two countries cannot reach an agreement as the gap is too wide and even indirect discussions cannot satisfy both sides. The deal envisioned by the international community is not a viable solution: an opening of Gaza’s borders and reconstruction attempt in the territories where war has wiped every shadow of life away from the streets is simply not possible at the moment.

While Israel has only agreed to the opening of Gazan borders if and when Hamas agrees to disarm, Hamas has clearly responded that handing in their arsenal is absolutely unconceivable. Other propositions included the easing of some restrictions, but it isn’t clear if this proposal has any merit in the eyes of the two sides.

Palestinian negotiators rejected most ideas they were presented with because they insist on a complete blockade end in Gaza.

The three-day truce wasn’t prolonged in spite of the fact that expectations were that its extension would permit further negotiations. Hamas refused to extend this truce in order to force Israel’s hand to lift the blockade.

On Friday morning, the truce expired and militants from factions different than Hamas immediately resumed attacks on Israel.

Consequently, the Israeli delegation decided to leave Cairo while the Palestinian team was left waiting in the Egyptian capital.

Prime Minister Benjamin Netanyahu insisted that the Hamas could not expect negotiations if the ceasefire is not respected and that as long as rockets will be fired, no Israeli delegation will consider sitting down at negotiation tables.