You are here: Home / Tech & Science / NASA Search for Life on mars led by Brisbane Woman 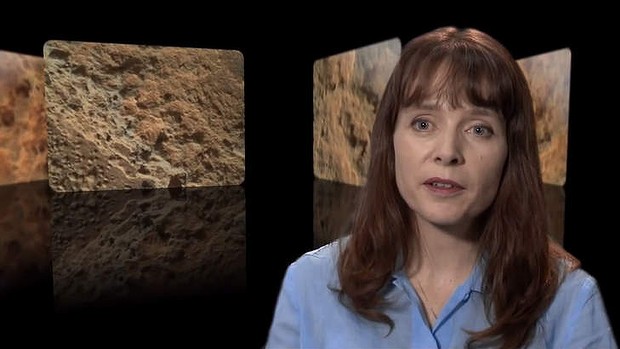 The NASA team that will be searching for life on Mars will be led by one of the top 10 scientific minds of the world, Dr. Abigail Allwood, described as an extraordinarily brilliant woman.

Working at NASA’s Jet Propulsion Laboratory in Pasadena, California, Dr. Allwood is the main investigator for the 2020 Mars Rover program that NASA is preparing.

The Brisbane scientist is the first non-US citizen to be awarded the honor of being sent on a manned mission to the red planet. She finished her doctorate at the Macquarie University in Sydney, when she proved that the oldest life forms on the planet were located in Australia’s Pilbara region (due to billion-year-rock formations that held proof of these life forms). In 2006, Dr. Allwood explained that the patterns that had happened on Earth, in the Pilbara area could have also occurred on Mars. She said that even if the planet would have only briefly been habitable, life could have also gained a toehold on Mars.

Dr. Allwood designed technology that would allow the investigation of grain-sized rock portions retrieved from Mars. Thus, the Mars Rover could have a better chance at proving that life did exist on the red planet.

Cosmos magazine named Dr. Allwood as one of the top 10 scientific minds on the Planet in 2006. She completed her Geosciences degree at the Queensland University of Technology, where she began her geology studies. Her research showing the possible link between her Pilbara research and the possibility of life on mars was published in Nature, the acclaimed international science journal.

The new technology that will be incorporated in the Mars Rover toolkit has been developed by Dr. Allwood over the past three years. Her first prototype, back in 2011, was a table-sized machine, but luckily, the machine has now been scaled back in size.

In 2013, Dr. Allwood received the Lew Allen Award for Excellence, an award that recognized her important individual accomplishments in scientific research.

Since 2004, when NASA first landed on mars, many discoveries have been made, including the fact that water in liquid form was a reality on the Red Planet. This evidence suggests that microbial life could have also been a reality, as conditions would have made it suitable for microorganisms to flourish. Consequently, Dr. Allwood’s technology will only complete the research that is currently being done by the Curiosity Rover, which has been on mars for over two years.