You are here: Home / Sports / Luis Suarez Finally Allowed to Train with Barcelona

The Court of Arbitration for Sport has upheld Luis Suarez’s four month-long ban from football, but in spite of this, the football player will be allowed to train with his new team on Friday.

After having bitten Giorgio Chiellini on Juy 1st during the FIFA world cup, Suarez received a four month ban from all football activities, but Luis will be able to still make his Barcelona debut on Monday, when he will be unveiled at Nou Camp, during the Joan Gamper Trophy friendly against Leon. 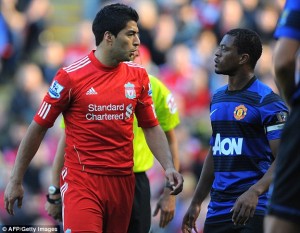 The Uruguayan forward had been banned not just from playing football, but also from entering football stadiums and any other football-related activities. Now that the “football activity” part of the ban has been removed, Suarez will be allowed to have his formal unveiling, to train and to watch his team play. Additionally, he will be permitted to take part in promotional activities and administrative matters connected to his new team.

On Thursday, the 27 year-old forward will be partaking in Barcelona’s double training session, around 9:30 and 18:30 local time.

While training is permitted, Suarez is still banned from playing for Barcelona until the 26th of October when Real Madrid will be playing the Catalans at the Bernabeu stadium. Additionally, he will remain banned from the next eight competitive matches that Uruguay will be playing.

After the court received criticism about the excessiveness of the ban that they had given Suarez, they reconsidered the aspects of his punishment and decided that the four month suspension will only apply to official matches. Consequently, the Uruguayan player will no longer be banned from other football-related activities.

The panel explained that their decision of re-evaluating the ban had to do with the fact that banning Suarez from training would have had long-term consequences on his activity following the end of the suspension. While the Uruguayan forward has been keeping his fitness levels at an optimal standards with a professional trainer, he will surely enjoy being allowed to return to training with his new teammates.

The ex-Liverpool player was bought by Barcelona after he received his ban for 75 million British pounds, and has, up to now, not been able to train with his team or be officially unveiled.

This for month-long ban is not the first in Suarez’s career. The ex-Liverpool star already received three other long-term bans in the past, two of which were also connected to biting. The last one was because of his racial abuse against Patrice Evra.