You are here: Home / Health / Japan Confirms Dengue Fever Infections, the First Ones in 70 Years 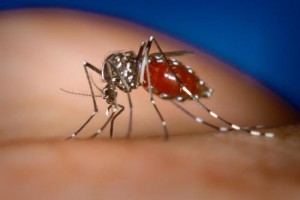 Japanese health officials have confirmed the country’s first Dengue fever infections in 70 years. They said on Thursday that three young people have become infected with the Dengue fever virus and that they are thought to have contracted the disease after being bitten by infected mosquitos in Tokyo’s Yoyogi Park.

The patients are: a man and a woman, both in their 20s and a teenage person. All three live in Saitama Prefecture north of the capital and they all go to the same school in Tokyo. The health officials have added that the condition of neither of them is life-threatening.

There are around 200 cases of Dengue fever in Southeast Asia, but the last infection that happened inside Japan was in 1945.

Dengue fever is a mosquito-borne tropical disease also known as the breakbone fever. It is caused by the dengue virus and its symptoms range from fever, headache, to muscle and joint pain and a skin rash that is very similar to the one caused by measles. It is not a particularly deadly disease, but it can be if it escalates into the life-threatening hemorrhagic fever which causes internal bleeding, blood plasma leakage or if it develops into the dengue shock syndrome which causes dangerously low blood pressure.

The Dengue fever is transmitted to humans by a few species of mosquitos within the genus Aedes, including the widespread tiger mosquitos. The disease cannot be transmitted from person-to-person and there is no vaccine available; prevention is sought by limiting the exposure to mosquito bites or reducing their habitat and numbers.

There is no effective treatment, either, just supportive treatment which consists of oral or intravenous hydration and blood transfusion for severe cases. There are between 50 and 528 million people infected with the Dengue virus each year and work is ongoing to find a cure or a vaccine.

Japanese officials say that they are starting to disinfect the areas inside Yoyogi Park where the victims were bitten, but that they have not yet detected the Dengue virus in any mosquitos caught there. Yoyogi Park is one of the most popular green spaces in central Tokyo.

What are your thoughts on this news? Do you fear a Dengue fever outbreak? How about the West Nile virus which seems to be more present in America than we would like it to be? Drop us a line in the comment section below, we would love to hear from our readers.