You are here: Home / National News / Israeli Attempts on the Life of Hamas’ Military Chief

Soon after the ceasefire in Gaza had collapsed, Israeli airstrikes began and struck the home of Hamas military leader, Mohammed Deif. According to Hamas spokespeople, the wife and the son of Deif were killed during the attack.

At the same time, Palestinians flooded the Israeli skies with more than 180 missiles on Tuesday and Wednesday. According to Israeli officials, no casualties were reported after the majority of the missiles was intercepted by the Iron dome anti-missile system. 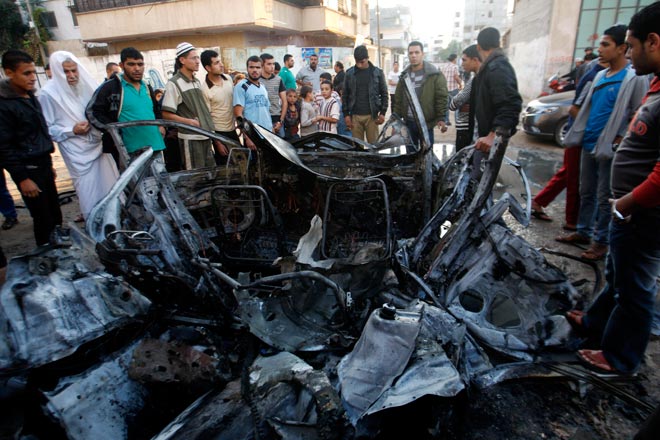 On Tuesday, after hostilities resumed, Palestinian and Israeli delegates left Cairo, where Egyptian diplomats had been trying to broker a ceasefire through indirect talks. In spite of recent events, Egypt has vowed to continue its attempts to have the two countries reach a consensus and end the war once and for all.

The 10-day peace period was the longest ceasefire since the offensive on Gaza began on the 8th of July. And it seemed hostilities would not reach an end any time soon.

Since Tuesday, more than 100 airstrikes have been carried out by Israeli military aircrafts. According to the Israeli Defense Minister, Moshe Ya’alon, Israeli aircrafts were targeting terror sites within the Gaza Strip.

Believed to be the mastermind behind Palestinian attacks and the underground bunker campaign, Mohammed Deif lost his wife and seven-month-old son during the latest Israeli attacks. Alongside his family, 21 more people were killed, according to Hamas and medical officials.

After the strikes, Hamas officials declared that the Izz el-Deen al-Qassam Brigade leader hadn’t been using the target residence. Abu Ubaida, spokesman for the armed wing of Hamas, declared during a televised statement that the Israeli military had missed and failed at killing Deif during the attack.

The funeral of Deif’s family was attended by thousands of Palestinians, including the mother of Deif’s wife. She discussed the events with reporters and said that she wished she could be able to offer one hundred more daughters in marriage to the Hamas leader.

The Hamas accused Israel of opening a “gateway to hell” because of their rocket attacks and responded by firing rocket attacks at Jerusalem and Tel Aviv. The attacks were launched on Tuesday, as Hamas wanted to prove that they could still reach the heart of Israel in spite of the setbacks they had suffered during the last five weeks.

Israel has yet to comment on recent attacks and has neither confirmed nor denied that it attempted to kill Deif.