You are here: Home / Sports / Green Bay Packers Quarterback Brett Favre Will be Included into the Pro Football Hall of Fame

According to a news release from the team Sunday night, Green Bay Packers quarterback Brett Favre will reportedly be included into the Pro Football Hall of Fame. The NFL team had scheduled a 2:30 p.m. ET news conference Monday, with Packers president and CEO Mark Murphy, former Packers chairman Bob Harlan and Perry Kidder, the president of Packers Hall of Fame Inc. 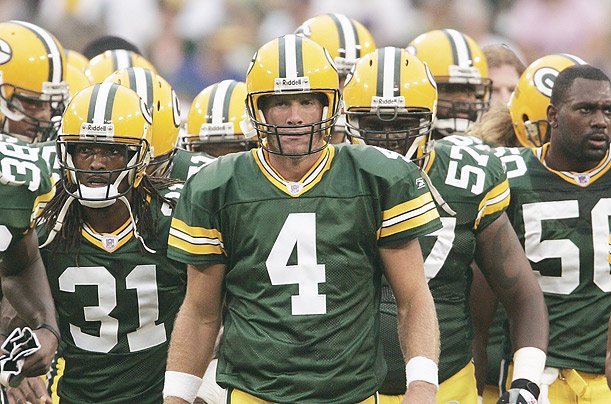 “I’m pleased to announce that I will be returning to Green Bay, Wisconsin in 2015 for induction into the Green Bay Packers Hall of Fame and retirement of my jersey. It was a tremendous honor to play 16 years for the Green Bay Packers. Now to have my name placed among others such as Starr, Hornung, Kramer, Taylor, Lambeau, Nitschke, Lombardi, Davis, White and Hutson is a special honor that I share with all of my teammates and coaches, and that would not have been possible but for the foresight of Ron Wolf, the greatest GM In the history of the NFL. I’m truly looking forward to celebrating and sharing this special moment with all of the great fans of the Green Bay Packers. Go Packers!” Favre will join the event via teleconference.

Favre played for the Packers from 1992 to 2008 before initially retiring from a game on March 4, 2008. After several failed attempts to return to the team that fall, he moved to New York, where he played one season for the Jets. The following season he signed with the Minnesota Vikings and played two seasons for the Packers’ well-known NFC North rival. This is why some fans have conflicting feelings regarding Favre.

Last month, multiple news releases reported that Murphy felt it was still too soon for this inclusion to happen during the 2014 season, because many fans would still be against Favre at such an event designed to honor the three-time NFL MVP who led Green Bay to two Super Bowls.

“That is an issue,” Murphy told reporters a month ago. “He doesn’t want it, and neither do we. He wouldn’t want to come back and get booed. You can’t control 80,750 people.”

During the team’s annual shareholders meeting some days ago, Murphy announced they intend to bring Favre back for a game some time this season.