Regardless of the sanctions imposed on Rosneft, ExxonMobil decided to begin drilling in Russia’s arctic. The two companies are partners. As a response to ExxonMobil’s activity, president Vladimir Putin declared that the company is a “model of cooperation”. U.S. sanctions over the crisis in Ukraine were not meant to stop projects by U.S. and Russian companies, but they were designed to starve Rosneft of financing and access to modern technology.

In a video conference call between Putin, Glenn Waller of ExxonMobil and Igor Seching of Rosneft, the president said that “Today, commercial success is driven by efficient international cooperation.”

His declarations do not stop here. He also added that: 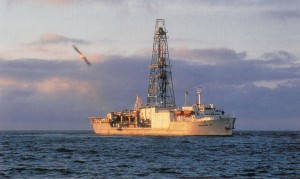 “Businesses, including Russian and foreign companies, perfectly realize that and despite certain current political difficulties, pragmatism and common sense prevail, and we are pleased to hear that.”

Igor Sechin is a close ally of Putin, but he was sanctioned by Washington. Exxon, on the other hand, had no sanctioned imposed so it moved to secure a rig from Norway. With this rig it will be drilling Russia’s first well in the Kara Sea. Rosneft sees this move as a vote of confidence. Putin is extremely pleased with the situation, and encourages cooperation.

He believes that the joint initiative between the two oil companies will benefit Russia’s national economies and will help it strengthen the global energy situation. The company is eager to continue its activity in Russia.

“Our cooperation is a long-term one (…) We see big benefits here and are ready to work here with your agreement.” Waller declared

On the other side of the globe, the European Union and United States are giving sanction after sanction to businessmen and officials thought close to Putin. They are freezing assets, banning visa cards and trying to limit access to Western Capital because they believe Moscow is responsible for the Ukraine crisis.

As a response, Moscow banned food imports from Australia, Canada, Norway, the European Union and the United States. Prime Minister Medvedev also declared that the country will give out further counter-sanctions if the West insists with its penalties.

Until now, the West has not sanctioned Russia’s oil and gas production, because the country produces approximately 30% of the natural gas that Europe uses to heat homes and run power plants. In addition to this, Rosneft is responsible for 4% of the World’s oil (at a time when Iraq and Libya violence threatens global supplies).

While current restrictions are not intended to affect Russia’s sales or oil production, they are meant to reduce development of future fields like the Arctic, deep sea or shale. Advanced extraction techniques are required for ultra-deepwater exploration, and Russia must import it from companies like BP or ExxonMobil. The West wants to cut off the transfer of knowledge between the two, but it seems to have failed.