You are here: Home / National News / European Union Considering a Scale Up in Iraq Involvement

In the light of recent events taking place in Iraq and the quick measures that the U.S. military has undertaken to ensure that Sinjar refugees are helped, the E.U. is also considering scaling up its involvement in Iraq. On Friday, an emergency meeting is planned so that foreign ministers can analyze the crisis and decide on a course of action. France has already announced its decision to ship weapons blessed by the Shiite-controlled government in Baghdad to Kurdish fighters.

It is still unclear how many European nations will decide to play a major military role to aid the Iraqi and Kurdish militants in stopping the IS militants threatening their citizens.

While France has already informed the public that an agreement had been reached between them and the Iraqi government, which involved the immediate delivery of arms to Kurdish authorities, other nations haven’t been so forthcoming with their plans.

Kurdish fighters have been having a difficult time in repelling Islamic State attacks. IS has already gained control of important areas in Syria and Iraq over the previous months. The U.S. has been seeking international support for their military support in Iraq. They also suggested that Kurdish forces receive ammunition and arms from other nations that support their cause. 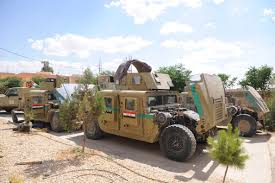 Laurent Fabius, France Foreign Minister, asked his EU counterparts on Tuesday to consider interrupting their holidays and returning to Brussels so that this important issue can be discussed.

Lubomir Zaoralek, Czech Foreign Minister already informed the public that the government had been discussing the preparation of military supplies that were intended for Kurdish forces. As the Kurds currently use many former Soviet weaponry, supplies from the Czech republic, a former member state of the Soviet bloc, could come in handy.

Italy is also considering the matter, and according to a spokesman for the Foreign Affairs Ministry, the government is already looking t possibilities of supporting the Kurdistan government from a military standpoint.

Other EU members didn’t seem eager to involve themselves in the conflict: the U.K. has no intention at the moment to send arms or supplies to the Kurds (according to David Cameron, U.K. Prime Minister) but that they would contribute in transporting arms from other countries.

Germany is insisting on supplying northern Iraq military with nonlethal supplies. Ursula von der Leyen, German Defense Minister, expressed Germany’s concern with the speed and brutality that the Islamic State has been showing.

The only problem that the EU faces is the possibility that the weapons fall into the wrong hands. So the obvious question is how far European support for Iraq can go.