You are here: Home / Health / Canada Will Donate Ebola Vaccine to WHO 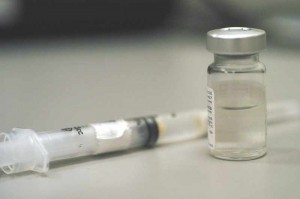 Canada has announced that it would donate around 1,000 doses of an experimental Ebola vaccine to help control the outbreak of the disease in West Africa. The news comes after the World Health Organization states that it believes using untested drugs on Ebola patients to be ethical.

The supplies are limited and experts believe that it could take months to develop more doses of the Ebola vaccine as well as the experimental drug Zmapp. Canada has announced it would donate between 800 and 1,000 doses of the Ebola vaccine to the World Health Organization for use in the West African nations affected by the virus. The vaccine has only been tested on animals, but as more than 1,000 people have been killed by the current outbreak, WHO thinks it’s ethical to test on Ebola patients.

The countries plans to keep a small portion of the Ebola vaccine for further tests and research and also in case it is needed in Canada. Last week, at around the same time WHO declared the Ebola outbreak a global health emergency, WHO said that in due to the high number of deaths and the sheer scale of the outbreak it was:

[…] ethical to offer unproven interventions with as yet unknown efficacy and adverse effects, as potential treatment or prevention.

The current Ebola outbreak is the largest Ebola outbreak in recorded history and it has affected people in Nigeria, Liberia, Guinea and Sierra Leone. The virus kills around 55% of its victims and no treatment or vaccine is available yet. The experimental vaccines are right now thought of as a global resource, as the deputy head of Canada’s Public Health Agency, Dr. Gregory Taylor, put it. He also added that it would be wise to administer the vaccine to health care workers, since they have a higher risk of contracting the deadly disease.

Liberia is another country that asked for help to the U.S. government with the new experimental drug, Zmapp. WHO revealed that it received only 12 doses.

The available supply of ZMapp has been exhausted. We have complied with every request for ZMapp that had the necessary legal/regulatory authorization. […] Drug has been provided at no cost in all cases.

What are your thoughts on the fact that Canada will donate Ebola Vaccine to the World Health Organization? Do you agree with WHO that testing on Ebola patients is ethical? Share your comments with us in the comment section below, we would love to hear your thoughts on this matter.