In the late 1970’s, more than 1.7 citizens died under the rule of Khmer Rouge. Thirty years after the genocide, the U.N.-backed war tribunal has finally sentenced the leaders of the former regime for their war crimes.

ON Thursday, two of the leaders of this despotic regime received life sentences for the role they played during the terror in which Cambodian citizens lived during the 1970’s. 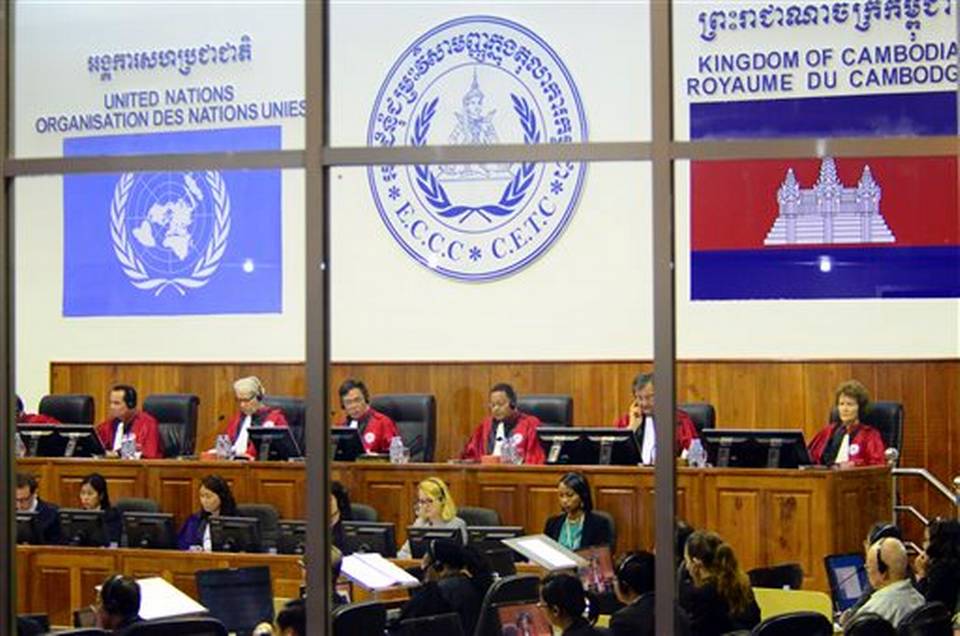 Khieu Samphan, former head of state and Nuon Chea, the chief ideologue are the only surviving leaders of the regime and the only ones who could face trial. The 83 and 88 year-old sat in front of Nil Nonn, the tribunal chief judge. As the verdict was given, Nuon Chea, wearing sunglasses, asked to remain seated, claiming he was too weak to stand.

Both men denied having done the acts they were accused of and had no reactions one the verdict had been given. While the possibility remains for the accused to appeal the rulings, judge Nil Nonn noted that both of them would have to remain in detention due to the gravity of their actions.

Thursday’s trials covered the mass murder of Cambodian population and the forced exodus of millions of its citizens. Under Khmer Rouge’s ruling, nearly a quarter of Cambodia’s population lost their lives either by starvation, medical neglect, being overworked or execution. This happened between 1975-1979.

According to Lars Olsen, tribunal spokesman, victims have been waiting 35 years to see justice awarded. The day was historic not just for the court but also for the entire Cambodian people. The tribunal began its operations in 2006 and since then, more than $200 million have been spent on trial costs, in spite of the fact that only one of the defendants was convicted. Kaing Guek Eav, prison director, was sentenced to life in prison in 2011.

Other leaders from the former regime were either dead (Foreing Minister Ieng Sary died in 2013, Pol Pot died in 1998) or deemed unfit to stand in court (as was the case of former Social Affairs Minister Ieng Thirith who suffers from dementia).

Khieu Sempan insisted that he had not ordered the killings and that Pol Pot was the mastermind behind the extreme policies. Nuon Chea also denied any responsibility for killings, blaming the deaths of millions of Cambodians on Vietnamese forces.

Victims now can finally breathe easy, as they have seen the leaders of the former regime being held legally accountable for their crimes.