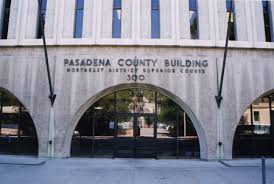 A few days ago we reported the case of two Californian teenagers who were apprehended by the police after it was revealed that they were planning to bring guns to their high school and kill as many staff members and students as they could. Today, it was disclosed by the prosecutors that those two teenagers were charged with one count each of making criminal threats.

Deputy district attorney at Los Angeles County, Rebecca Lewis, revealed in a statement today that the teens who planned to carry out a mass shooting at their local high school shared this information with another teenager, whom they threatened to kill. A worried community member learned of the boys’ plan and informed the authorities about it.

The identity of the two young boys has not been revealed, but what we do know about them is that they are aged 16 and 17. They both denied the charges that were brought against them in the Pasadena Juvenile Court, it was revealed by the LA District Attorney’s office on Twitter.

School administrators informed the police about the teenagers’ plan last Thursday and the investigators in charge of the case worked hard at unraveling the boys’ plan. They found that the were planning to borrow a gun that belonged to one of the boy’s relative and they even had a plan to enter a gunfight with police officers if it came to that. This information was reveled to the media by the South Pasadena police on Tuesday.

As they put it, they just wanted to kill as many people as possible. There was no target date but they had a very, very specific plan.

The two teen boys were arrested on Monday, when the police raided their homes in the city of South Pasadena, a suburb eight miles of downtown Los Angeles, with around 24,000 inhabitants.

South Pasadena High has around 1,500 students and is set to begin classes on Thursday. Students and officials have said to be relieved that the attack was prevented.

Police further revealed that the students had discussed online about their plans to make explosive and about which types of guns to use, how to use guns and what to do in case one of the guns malfunctioned.

The stepfather of the 16-year-old boy was quoted saying:

He had no intention of going to the school and actually harming the people that he loves.

What are your thoughts on this news? Do you think they deserved a harsher punishment? Drop us a line in the comment section below, we love hearing from our readers!