You are here: Home / National News / An Armed Group in Syria Detained 43 Peacekeepers, 81 other are Trapped 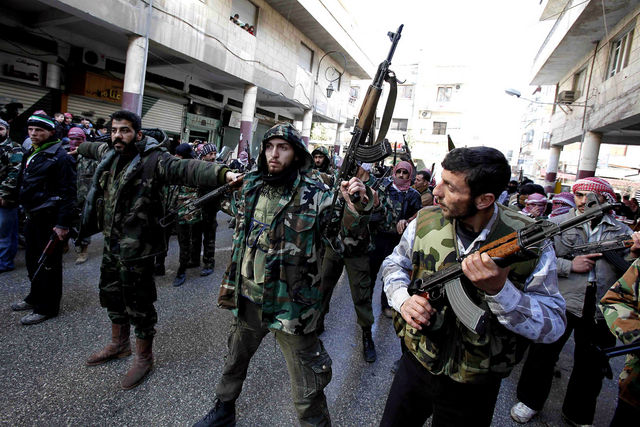 According to The United Nations, an armed group in Syria has detained 43 peacekeepers during fighting and 81 other peacekeepers are currently trapped.

The Islamic State group killed more than 150 troops captured in recent fighting for a string of military bases in northeastern Syria. They both shot some and slashed others with knives in the past 24 hours.

UNDOF peacekeepers were previously detained by armed elements in March and May of 2013 but were released safely.

“The United Nations is making every effort to secure the release of the detained peacekeepers, and to restore the full freedom of movement of the Force throughout its area of operation,” the Organisation said.

Peacekeepers serving with UNDOF are supposed to monitor the 1974 disengagement accord between Syria and Israel after their 1973 war. In June this year, the Security Council extended this mission’s mandate until 31 December 2014. There are currently 1,223 peacekeepers from six countries, Fiji, India, Ireland, Nepal, Netherlands, and the Philippines serving in UNDOF.

The Britain-based Syrian Observatory for Human Rights said lately, Syrian airstrikes struck some areas near the border in Quneitra province, including the village of Jaba. The clashes were raging between the rebels and Syrian military in Jaba and the surrounding countryside.

This was one of the heaviest clashes in the strategic area this year. Al-Qaeda’s Syria wing Nusra supported by moderate rebel groups who had launched the attack early on Wednesday on the border post, were “holding ground” despite the heavy bombardment. Abu Iyas al Horani, a spokesman for another rebel group operating in the area, said at least six rebels were killed in the latest conflicts. The current distance between the adversaries is very small.

“There was errant fire from the internal fighting in Syria and an officer was moderately wounded in the Golan Heights,” a spokeswoman said.

Rebels say a stretched Syrian army fighting on several fronts that has already lost control of large parts of the countryside in southern Syria wants to ensure it does not lose control of the towns of Nawa and Quneitra in the Golan foothills and the city of Deraa, along the border with Jordan.

Since the Syrian conflict erupted in 2011, the plateau has been tense, with a growing number of projectiles, mostly stray, hitting the Israeli side, prompting occasional armed responses.