You are here: Home / Health / American Ebola Patient is Getting Strong says Husband 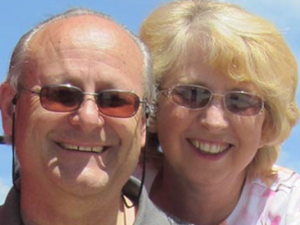 One of the two American Ebola patients who are now treated at a hospital in Atlanta is getting stronger, it was reported by her husband. Nancy Writebol’s husband said she is improving and headed in the right direction, as she goes through the tough recovery on U.S. territory. The woman contracted the deadly disease after doing work in Liberia.

Writebol, 59, has been treated at the Emory University Hospital in Atlanta in a special isolation unit ever since she was flown in the U.S. on August 5 from Liberia. She was working as a hygienist, disinfecting equipment, in a ward that was treating Ebola patients in the city of Monrovia in Liberia.

When Writebol and another American, doctor Kent Brantly, were discovered to be infected with the Ebola virus, it was decided that they would receive better treatment back in the States, so the decision was taken to move them. They received experimental drugs which apparently helped, as Writebol’s husband, David Writebol, said that his wife sounded stronger when they talked over the phone.

The man told reporters on Wednesday that:

Her voice is clearer and brighter. I’m imagining she’s getting stronger. It’s moving in the right direction, Let’s say that. From everything I’m hearing, we’re making good progress but we’re not ready to say she’s out of the woods yet.

David Writebol was also working alongside his wife in Liberia, but he did not become infected. He confirmed that his wife’s role in the ward was to decontaminate equipment, but she also taught correct techniques to health workers in the ward.

Mr. Writebol said the protocols in that ward were very strict and that he wasn’t sure how or when his wife contracted the disease.

They were both working in Liberia as missionaries, from SIM USA, an American aid organization.

David Writebol has been in isolation ever since coming back from Liberia. He and other SIM USA missionaries have arrived in the United States this week. They will remain in quarantine until it is confirmed that they are not at risk for developing the disease. The incubation period for Ebola is around 21 days.

Mr. Writebol said that as soon as the quarantine period is over, he will head over to Atlanta to be with his wife: It will be a great day when we get back together.

David Writebol’s shared a few thoughts on how it was to work in a Ebola ward and said that the hardest part wasn’t the fear of becoming infected, but seeing how vulnerable the Ebola patients were:

One of the strongest feelings I remember and still somewhat carry is the helplessness. It’s not a disease that has a cure. Helplessness is part of that. You do what you can, but it’s really not enough.