You are here: Home / National News / Mourning in Gaza: 10 Killed by Airstrike Near U.N. School in Rafah

An Israeli Air Force missile claimed the life of 10 people sheltered in an United Nations school. 35 innocents were also wounded. This happened as Israel was redeploying a large number of its forces from populated Gaza areas. Israel tried to reduce its military contact with Palestinians in Gaza, in order to wait for the Hamas and Islamic Jihad to respond. However, it continued fighting around Rafah (near the Egyptian border). With 71 Palestinians dead on Sunday, the total number of victims raises to 1822 (and 9370 injured), says the Palestinian Ministry of Health. 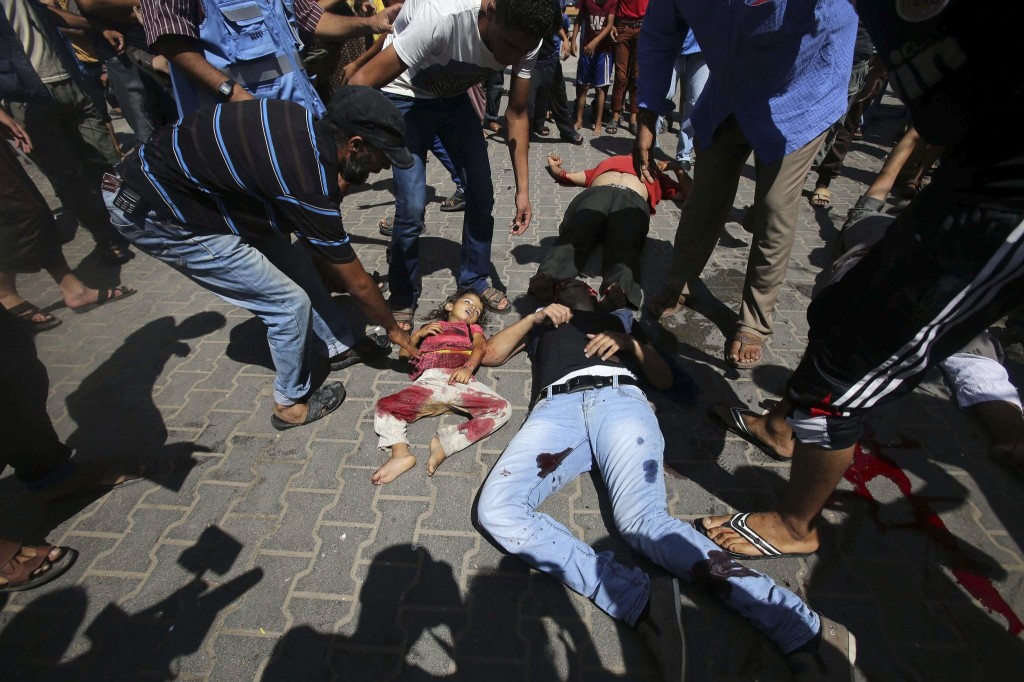 The number of Palestinian combatants killed is still unclear. Israeli officials suggest a number of around 700, while the United Nations Office for the Coordination of Humanitarian Affairs said that out of the 1500 dead Palestinians, approximately 1000 are civilians, 329 are children and approximately 190 women. On the Israeli side, 64 soldiers and 3 civilians were reported dead.

Europe and large parts of the Arab world are in an uproar. After the air strike near the Rafah school, General Ban Ki-moon from the United Nations declared that this attack is a “moral outrage and criminal act”. He demanded that those responsible for it be held accountable.

Even more shocking are the statements of eye-witnesses. They said that the Palestinians seeking shelter were waiting in line for food supplies when the missile struck. Mohammed Muafai, of the United Nations, was inside the school during the attack. In a telephone interview he declared that among the bodies on the floor, two belonged to the guards, and one to a sanitation worker.

“the suspicion that militants are operating nearby does not justify strikes that put at risk the lives of so many innocent civilians.” – Jen Psaki, State Department

What does the Israeli Army have to say about this tragedy? Only that it was targeting 3 Islamic Jihad members on a motorcycle near the school, not the location itself. The army has a very clear goal: to destroy the Hamas tunnel work into Israel, but recent movements suggested that it is trying to de-escalate the war, without negotiations.

“substantial redeployments of the troops on the ground who will be regrouping, receiving further orders.” – Lt. Col. Peter Lerner

Israeli has yet to declare how many troops it has operating in Gaza (it only said “thousands”).

Also, Dr. Abdullah Shehada, director of Abu Youssef Al-Najjar Hospital in Rafah (who was moved with the staff to a smaller Kuwaiti hospital) stated that approximately 30 people with serious injuries were brought in.

“We call for halting the Israeli operation around Abu Youssef Al-Najjar so we can return,” – Dr. Abdullah Shehada

This is not the only distressing news. Last Wednesday, 21 Palestinians who were seeking refuge in a school were killed. Among Sunday’s victims, we must also mention a company commander, Maj. Benaya Sarel and Staff Sgt. Liel Gidoni, a radioman.