A suicide car bomber followed by Taliban gunmen attacked the office of an Afghan intelligence agency in Jalalabad on Saturday, killing six and wounding dozens.

Heavy fighting soon broke out after the attack on the Jalalabad headquarters. Hours after the bombing of the National Directorate of Security headquarters, Afghan and Taliban forces were still fighting, Ahmad Zeya Abdulzai, spokesman for the eastern Nangarhar province governor said. 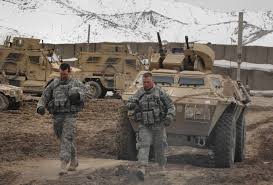 According to the Nangahar public health director, Najib Kamawal, six bodies and 45 wounded have already been transported to local hospitals. Kumawal explained that the majority of the victims seeking medical attention are civilians.

The attack has been claimed by the Taliban and belongs to a series of bold pattern offensives that have emerged in Afghanistan in recent weeks.These violence reflects the political deadlock in Kabul, the capital city of Afghanistan, where the rival presidential candidates haven’t resolved disputes that have been raging on for months. Their disputes are connected to the first ever election to result in the democratic transfer of power in Afghanistan.

By the end of the year, the majority of foreign combat troops are programmed to leave Afghan soil and return to their homes. In light of the recent issues connected to the presidential elections, a significant delay in the signing of a security pact has occurred and as such, it’s still unclear how many United States troops will remain stationed in Afghanistan.

Taliban forces have been focusing on tactical and symbolic targets during their attacks, so as to challenge the Afghan forces who have been taking over for their NATO-led counterparts. In recent week, Afghan forces have had a difficult time in fighting off large number of Taliban insurgents in eastern, northern and southern provinces near Kabul.

Graeme Smith, senior analyst with the International Crisis Group in Kabul fears that the attacks are alarming because they are becoming longer in duration, larger in size and against ambitious targets.

In the Kunduz province, for instance, security forces have been battling Taliban insurgents for weeks in the attempt at controlling the province that was the last Taliban stronghold. Kunduz police explains that the insurgents are much better armed than they are and that as a result, they can’t hold off the attacks for long. Countless Kunduz residents have already fled to other provinces so as to escape the violence.

Residents of the Kunduz province are fed up with the situation and explain that there is no life to be lived there. Other residents even said that they would not care if the Taliban would return an take over the entire country if it meant that they would finally have peaceful lives.