An analysis by the White House Council of Economic Advisers was released today revealing that failure to reduce the carbon pollution that is currently contributing to climate change could cost the U.S. economy a cool $150 billion a year.

White House is once again making an effort with this report to increase public awareness for Obama’s climate-change agenda, mainly the Environmental Protection Agency (EPA) which targets the nation’s largest source of planet-warming pollution, the coal-fired power plants. This week, the EPA will hold public hearings on the proposals in Atlanta, Denver, Pittsburgh and Washington; they are expected to become quite heated.

The rule could cause hundreds of power plants to be shutdown, which would only mean a large waning in domestic coal production and also a high increase in electricity rates. Basically, the nation’s power supply would be fundamentally transformed. 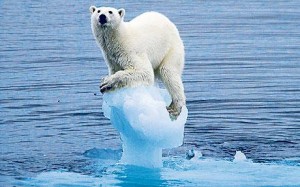 Ever since the proposal for the termination of coal-fired power plants, White House has tried to make the public understand that the costs of not cutting carbon emissions (longer droughts, bigger wildfires and floods) will be inherently higher than the short-term cost of completing the regulation.

Democrat of Washington, Patty Murray, said in a statement:

It’s becoming clearer and clearer that if you care about the deficit, you need to care about climate change. We’ve got a responsibility to leave a stronger country for our children and grandchildren, and that means addressing climate change to help the environment, help the economy and help the federal budget.

Americans for Prosperity, the Tea Party group backed by Koch Industries is already making plans for a demonstration outside the hearings. Tim Phillips, the group’s president had this to say about the situation is a statement released for the press:

President Obama’s E.P.A. is waging a war on traditional affordable energy through burdensome regulations and unrealistic mandates. It’s time for the American people to stand up to this federal overreach, and send a message that they cannot afford to pay for Obama’s environmental ideology.

Do you have anything you would like to add to this story? Do you approve of the shutting down of power plants that use coal as their fuel? Are you thinking about the environment or the economy? How do you believe this will impact the nation? Drop us a line in the comment section below and tell us your thoughts on this. We want to hear your voice!