You are here: Home / Business / Weekly Unemployment Plunges Yet Again 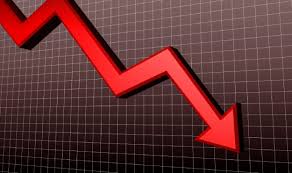 Last week, unemployment claims plunged again to an astonishing low of 284,000 (lowest in the last eight years) which leads experts to the conclusion that the labor market is slowly but surely solidifying.

After the level of people receiving unemployment benefits was revised last week by the Labor Department, the number of people that were filing for unemployment benefits for the first time had dropped by 19,000.  Since the Great Recession, it is the second time that new weekly claims fall under 300,000 applicants. The current number also bests the previous low of early May, when the number was 298,000.

To be able to correctly assess the situation, mind that when the recession in early 2009 was at its worse, more than 600,000 people would file for initial jobless benefits each week. Moreover, economists were also baffled and taken by surprise as they had forecast that claims would rise last week to 310,000.

Febuary 2006 was the time when there were fewer claims than this. Exactly during this period, the housing market started the crash that brought down with it the entire economic system and triggered the recession after which countless Americans and people the world over are still struggling to come back from.

According to the Labor Department, jobless claims greatly vary from week to week so they are trying to make seasonal adjustments to correctly account for temporary closures of factories. However, the current trend shows a decrease in claims being filed. As a result, the four week average (a more stable sign) showed a clear downward trend, as claims fell by 7,250 last week to 302,000.

Stuart Hoffman, chief economist at the PNC Financial Services Group explained that the reason for such volatilities during the summer where jobless claims are concerned is the fact that auto plants shut down for retooling. What is most reassuring is the fact that despite so many factories having temporary shutdowns, joblessness is still on an evident downward slope and that this is an extremely positive sign for not only the labor market but the entire American economy. He added that these figures are consistent with the monthly job growth of 280,000 new jobs that the economy added in June.

Last but not least, the total number of citizens receiving jobless benefits is decreasing according to the Labor Department (it has just dropped by 8,000 to 2.5 million, the smallest number of unemployed people since June 2007).