Italy has received amazing news this weekend. Vincenzo Nibali emerged victorious in the Tour de France in spite of inclement weather conditions and painful eliminations of other favorite participants. He is the first Italian winner in 16 years. 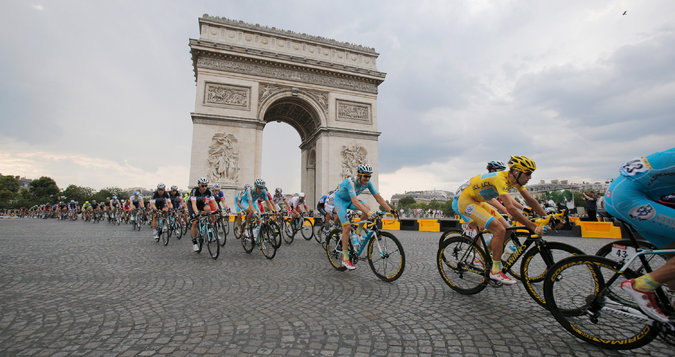 Some would say that the athlete benefited from the misfortune of others. For example, Alberto Contador, a three-time winner of the Tour, hit a sinkhole and managed to break his leg. Another victim was the defending champion from Britain, Chris Froome, who was forced to quit early after he crashed 3 times in the rain and because he could no longer resist the cold weather.

Of course, Nibali’s win was not a miracle. He did not simply cruise to win. He actually won four stages of the tour. The Astana rider won three of them in the mountain ranges (the Vosges, the Pyrenees and the Alps). His wins could not be contested. Nibali proudly wore his yellow race leader’s jersey for 19 out of 21 stages.

Italy is very proud, especially since Nibali is the first Tour Winner since Eddy Merckz, a cyclist regarded by many as the greatest racer in the world. Another victory for Nibali is the fact that he joined a select group (which also includes Eddy Merckz), to have won all 3 cycling’s grand tours (The Vuelta a Espana, the Giro d’Italia and The Tour de France).

During the first week there were mostly flat stages which were determined by sudden sprints. Then there came the steep descends, climbs, narrow and twisted roads, and even some deformed cobblestones. Mountain stages may have been shortened but they maintained the required difficulty level through valleys and climbing. There was only one event that required participants to race against the clock.

“The Tour de France this year was a great race, very different than the Tours we’ve had in the past (…) It was just about made to measure for me. It was very difficult from the beginning.” Nibali declared on Saturday

The difficult part of the course ended on Sunday, near the Dordogne region, where riders have to make a ceremonial parade to Paris and complete the 9 laps of the Champs Élysées.

While some of the stages of the 137.5 kilometer race were irrelevant, in the final one athletes were provided with the last chance of sprinting to victory. Marcel Kittel, a German rider won the stage in 3 hours 20 minutes and 50 seconds. In spite of its rich cycling heritage, Italy has been poorly represented in the past years. In 101 editions of the tour only eight of them (including Nibali) were won by Italians.

Nibali’s approach on the race was a very calculated one (opposite to Marco Pantani in many respects). Pantani’s strengths consisted of the mountains, where he usually displayed impulsiveness. Nibali is a Sicilian, which means that he is not accustomed to Italian cycling (which is mostly practices in the country’s north, near Tuscany).

Chris Horner, the cyclist that defeated Nibali in the Vuelta last year, was injured by a car last year and only managed to finish 17th overall. Also, Ji Cheng, who was injured at the knee, did not become the first Chinese rider to abandon the Tour de France.