You are here: Home / National News / Victims of the MH17 Crash are Heading Home

The first of the MH17 crash are heading home. A Dutch military transport plane carrying the first 16 coffins with the remains of some victims of the downed Malaysian airliner took off on Wednesday. The plane flew from the eastern Ukrainian city of Kharkiv for the Netherlands, which is holding a day of mourning for the 298 victims. Ambassadors, officials and soldiers gathered to see off the planes. Another Canadian military transport plane is due to leave Kharkiv with 24 more coffins later on Wednesday. 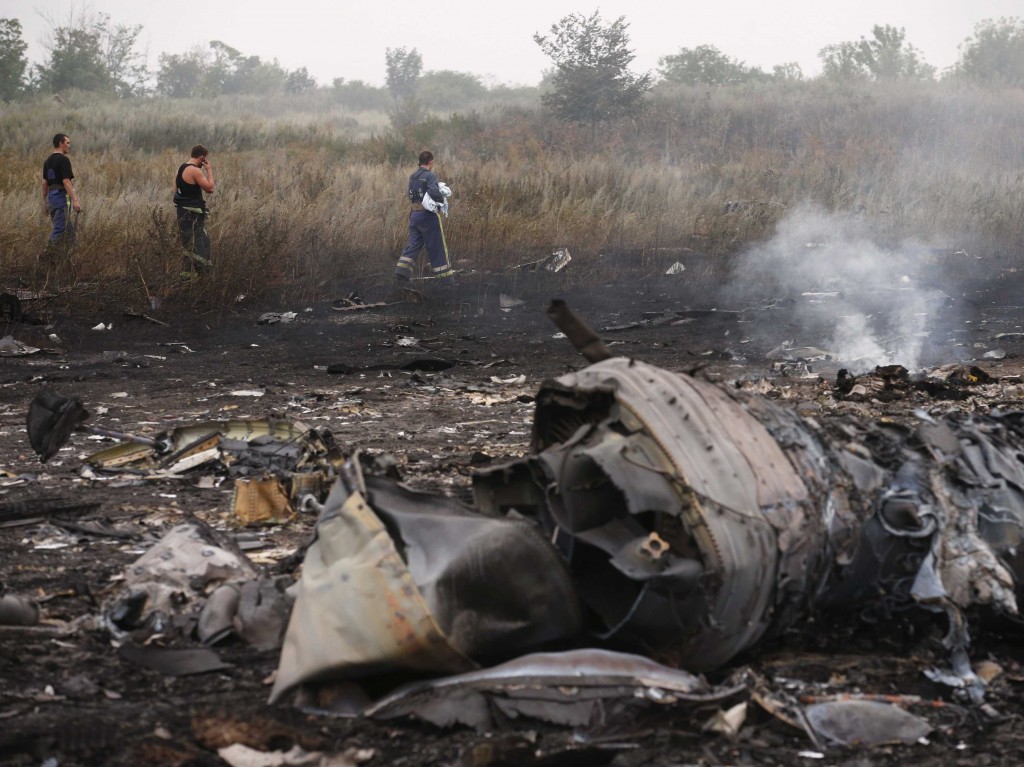 Experts will begin to identify the dead bodies, but this operation might take a couple of months. Most of the victims were Dutch. According to a senior Malaysian government source, the prime minister, Najib Razak, had to negotiate the release of the MH17 victims.

He negotiated with Alexander Borodai, the self-proclaimed prime minister of People’s Republic of Donets in the current eastern Ucraine. “In recent days there were times I wanted to give greater voice to the anger and grief that the Malaysian people feel. And that I feel. But sometimes we must work quietly in the service of a better outcome.”

Also a train carrying bodies and the flight’s recorders collected from the crash site by pro-Russian rebels arrived on Tuesday in the city of Kharkiv. The Russian loyalists accused of downing the plane in the first place declared Monday that 282 bodies and the parts of 16 others were aboard the train.

Other horrible things revolving around this accident include Russian loyalists who had forbidden access to the scattered remains of MH17, stole everything they could find from the wreckage, robbed the bodies and kept investigators away.

“Based on early inspection of the carriages in Kharkiv, we just don’t know how many bodies we have,” Australian Prime Minister Tony Abbott said on Wednesday. “It is quite possible that many bodies are still out there in the open, in the European summer, subject to interference, and subject to the ravages of heat and animals. That is the predicament in which we find ourselves.”

Meanwhile President Barack Obama delivered a television statement on Monday, saying that what the Russian loylaists are doing “has no place in the community of nations.” Regarding the investigators not being allowed to access the crash site Obama asked himself what exactly they were trying to hide.

Moreover, according to The Ukrainian defense ministry, two of its military fighter jets have been shot down in Savur Mogila, eastern Ukraine Wednesday. Nothing else is yet known about these jets.