You are here: Home / Salt Lake News / 5 Dead, 3 in Critical Condition, 3 Others Injured in Truck and Car Crashes

Two major accidents occurred this weekend, which resulted in 11 victims, 5 of which have died. The cases have no connection with each-other and they occurred in different regions of Utah. Here is more information about thee two tragedies. 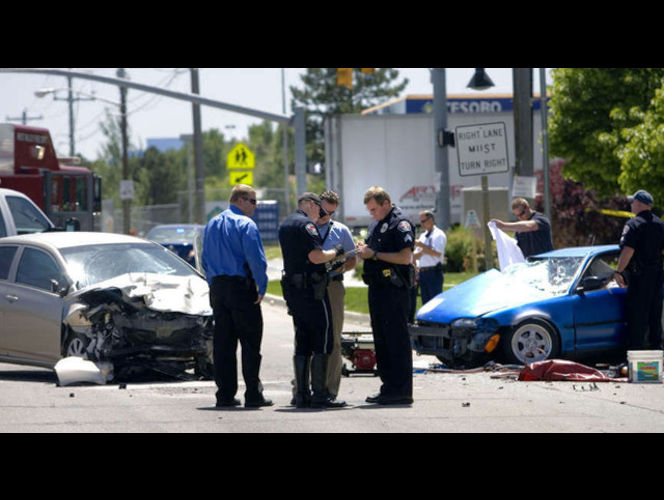 1. Five Killed in a Head-on Crash in Southern Utah

One of the accidents occurred near Monticello (approximately 15 miles  away), where a van of five people dived head-on into a sports car, on the U.S. Highway 191. The sports car had two passengers, who died almost instantly. Three of the five passengers died as well, while the other two were rushed to the hospital. They are in critical condition, says the UHP. Although details are still scarce regarding the reason of the crash, UHP investigators think that the van was responsible for the crash. It seems that it made a bad pass before crashing into the sports car.

Trooper Evan Kirby witnesses the scene. He says that the van attempted to make a lane change on a two-lane highway when it collided with the sports car. The sports car caught fire.

These deaths mark the second fatal crash of the holiday weekend. Sources say that the fourth of July is, historically, the deadliest holiday weekend of Utah. Earlier this week, a woman and her two daughters were involved in an accident on Interstate 80. They died after their Chevy Suburban collided with a pick-up truck.

1. One in Critical Condition, 3 Injured When Truck Collides with an ATV

In other news, an accident involving juveniles also occurred in Oakley, Utah. This accident, which involved a truck and an all-terrain vehicle occurred on Friday. Because of it, a juvenile now suffers from critical injuries. Three others have suffered minor injuries.

Sgt. Ron Bridge, from the Summit County Sheriff’s Office declared that the adolescent in critical condition was immediately flown to the hospital. It is Sunday, and authorities still can’t get an update on the victim’s condition. All they know is that the child is still alive.

Two of the other victims were treated on the spot and sent home, while the third one was taken to the hospital and released soon after. It seems that the adolescents were riding an ATV around 6500 E. Weber canyon Road. They tried to make a left turn, but just as they did a truck came from behind. It hit the ATV full-on.

We still don’t know who is responsible for the accident, but no citations have been issues. Investigators are still working to find out if the ATV had the gear required to be used on the road present during the time of the accident. The vehicle is allowed to seat four people and drive on the road if the criteria is meet. We pray for the victims’ fast recovery.