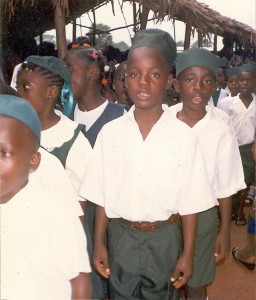 Several researchers at the University of Utah will be dedicating their time and efforts to helping African refugees have healthier pregnancies. Their ultimate goal is to improve the health of the babies born to the female refugees and they plan on achieving it by providing the women with the proper prenatal education and care. The scientists adopted this plan because Utah has the tenth quickest growing site of refugee resettlements in the United States. This means that the state is home to one of the fastest increasing communities of African women, who are out of contact with their families. Being away from their near and dear ones also leaves these women without the proper support and care they need, in order to give birth to healthy babies.

At a rate adjusted for population, the number of births that take place in Utah each year is the highest in the United States. The U.S. Census Bureau says there are 17.6 new babies born in Utah each year, per 1,000 people. However, not all of these babies are healthy; those of African refugees, who are out of contact with their own cultural pregnancy and delivery traditions, could definitely use some help. Certified nurse midwife Jane Dyer, an assistant professor with the College of Nursing, at the University of Utah, explains that, for most of these women preventative care is entirely new. Dyer is the lead researcher of a pilot study that’s going to unfurl over the course of three years and within which trained perinatal health workers are going to be deployed to refugee communities. These professionals are all familiar with the communities’ respective traditional cultures. The first community to be included in the study is that of the African refugees.

The study is funded by the Belle S. Spafford Endowed Chair. Its first target is a group of 25 women from Somalia and 15 from South Sudan – they were selected because, according to the Utah Department of Health and the birth certificate data it stores, they are the most likely to experience problematic pregnancies and births.

Dyer also explained that most of the African refugees living in Utah are not aware of the fact that they have access to healthcare. Not only can the system prove difficult for them to sail through, but they also come into the system relatively late during their pregnancies. Most of the women who do seek healthcare come with pre-existing health issues like anemia, which can cause trouble further down the line.