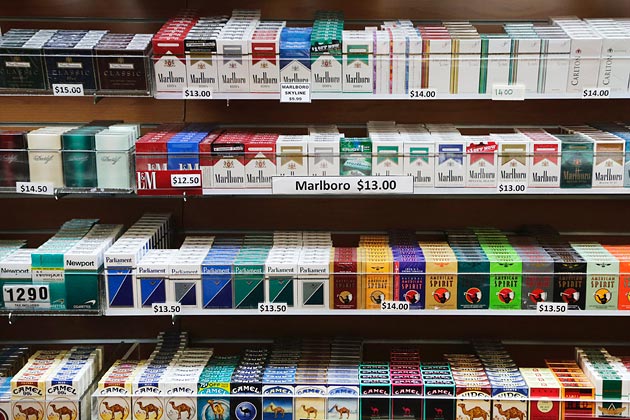 Reynolds American Inc., that produces Camel and Pall Mall cigarettes, plans on buying rival Lorillard Inc. for about for $27.4 billion. This deal means that the 400-year-old US tobacco industry is reduced to two major competitors. This newly merged tobacco company is supposed to give some competition to Altria Group (owner of Philip Morris), whose Marlboro brand makes up nearly half the cigarette sales in the United States.

Reynolds American also absorbs Newport menthol cigarettes, a still successful cigarette branch. On the other hand, Reynolds is renouncing blu, the top-seller in the e-cigarette market considered by many to be the tobacco industry’s future, to Britain’s Imperial Tobacco Group. Reynolds was willing to sell off blu e-cigarettes as part of the actual deal.

It seems the blu brand made the deal more attractive to Imperial as the e-cigarette business is the only only blooming nowadays.

There’s a team effort here, coming from all possible directions. Therefore Imperial Tobacco Group spent $7 billion as part of the deal to buy brands Kool, Salem, Winston as well as a North Carolina manufacturing plant from Lorillard. This purchase of Lorillard’s Newport brand offers the company a more visible presence in the menthol cigarettes market. Menthols now make up 31.4 percent of the total market.

Plus, British American Tobacco, which owns 42% of Reynolds, spent another $4.7 billion to maintain control of the company.

Nevertheless electronic and menthol cigarette market is no piece of cake for success, as they both face possibility of severe further regulation. Menthols are a highly controversial product. There’s little evidence to suggest their actual toxicity, or to estimate their exact contribution to disease comparing them to regular cigarettes, but they seem to pose a greater public health risk than regular cigarettes because younger people are more likely to start using them due to their being more pleasant. On the other hand, menthol smokers have a harder time quitting.

“Cigarette volume in this country has been declining for a very, very long time, but … it’s important as we see consolidation and growth in market share, to have a true portfolio of iconic brands,” Reynolds CEO Susan Cameron said in an interview with The Associated Press.

Reynolds and British American Tobacco also guaranteed to share technology involving the development and commercialization of next-generation tobacco products, such as cigarettes that heat tobacco rather than burning it and several other nicotine products.