You are here: Home / National News / The U.S. Will not Send Children who Cross the Border Illegally Back Home 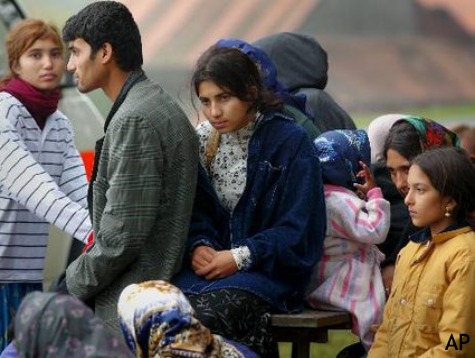 In spite of recent media reports attesting to the contrary, it seems that most of the children who cross the southern border into the U.S. illegally, after a journey of thousands of miles across Central America, do get to stay in the country. The news is based on data collected from the U.S. immigration courts, as well as on testimonies from many of the children themselves. A report published by The Wall Street Journal says that the children and immigration advocates the publication interviewed attest to the fact that very few of the minors are actually sent back home. Most of them stay on for several years, while a fraction gets to stay in the U.S. forever. The Justice Department data cited in the Wall Street Journal report says that in the 2013 fiscal year, 3,525 children were deported and a further 888 were permitted to go back home of their own accord. In comparison, some 23,000 to 47,000 kids have been apprehended by U.S. authorities each year, over the course of the past five years. Among the reasons for which the children get to stay: the failure to appear in court even when ordered to do so, backlogs in court, and court victories.

The reason for which the topic of children who cross the border illegally has been brought back to the attention of the media stems from a series of statements made by President Obama. Obama has repeatedly stated that minors who immigrate illegally will not be allowed to stay on in the country. At the same time, other U.S. authorities have been reporting on their struggle to find shelter for these children. Further data says that there were 6,437 such cases recorded during the 2013 fiscal year. In roughly two thirds of these cases the courts issued a deportation order, or permitted the child to return to his/her home country of their own free will. However, as figures provided by the Department of Homeland Security prove, just some 1,600 kids actually went back home. The rest of them are probably ignoring the courts’ orders against them.

Yet there is no consensus on this topic; the director of the Immigration Policy Program from the non-partisan Migration Policy Institute says things couldn’t be any more different in reality. According to Doris Meissner, the director in question, the children are “here, and they’re staying, and whatever else might happen to them is at least a year or more away. Until people’s experience changes, more are going to continue to come, because they’re achieving what they need: safety and reunification with their families.”