You are here: Home / Sports / Two-time champion Serena Williams is Up and About Again! 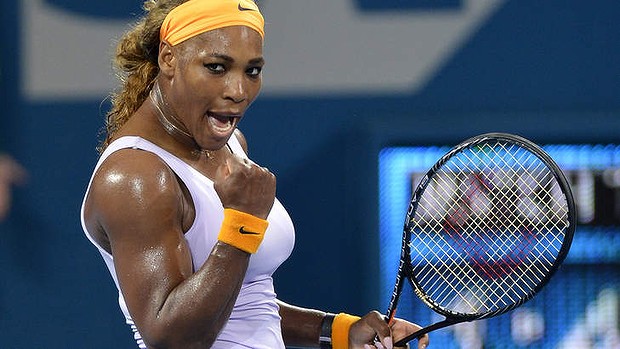 Serena Williams, 32, is up and about again, as she made her return Wednesday in a WTA event at Stanford University. She has finally recovered from the Wibledon incident earlier this year, when a women’s double match, where she was playing together with sister Venus, had to be stopped because of Serena’s strange condition. She struggled to bounce or toss the ball on serves, double faulting four times in a row in the third game before the match was stopped. She simply appeared to be drunk, although doctors say this was not the case.

“They just said I was really ill, and really under the weather and I just wasn’t doing very well. I was really scared after because I didn’t realize how I felt until later and it’s just, you know, ‘Serena, keep your time, you will have the rest of your life to keep playing tennis hopefully.’ ”

So Serena Williams returned to action for the first time since Wimbledon at the Bank of the West Classic, facing Karolina Pliskova in the first round. Serena was definitely in a good shape, and ready to play in Stanford, a tournament she won twice in 2011 (defeating Marion Bartoli in the final) and 2012 (defeating Coco Vandeweghe).

As far as last night’s match is concerned, Serena beat Karolina Pliskova of the Czech Republic 7-5, 6-2. “I’m on the right path, working on some new things and really excited,” top-ranked Williams said on court after closing out the match in 64 minutes. “I’m looking forward to he next match.”

Nevertheless it was not the best Serena on court Wednesday. She was a bit rusty after a month out of competition. During the match Serena hit a total of 29 winners, winning 81% of the points on her first serve.

Serena will play the winner of of Thursday’s match between Ana Ivanovic of Serbia and Carol Zhao of Canada, a qualifier who attends Stanford, in Friday’s quarterfinals.

“I think there’s room for improvement,” Serena added of her play Wednesday. “But I think I’m going in the right direction.” Lindsay Davenport, former No. 1 and Tennis Channel commentator, said regarding her strong return, that Williams “had answered a lot of questions tonight.”