Chocoladefabriken Lindt & Spruengli, the famous Swiss chocolate maker, announced on Monday that it has engaged in the acquisition of family-owned Kansas City based U.S. candy business Russell Stover. The American chocolate manufacturer hired the Goldman Sachs to search for a buyer at the start of the year. The price of the deal was not revealed.

Nevertheless rumor has it that Lindt paid as much as $1.4bn for the company. This is the Swiss chocolate manufacturer’s first acquisition since its purchase of Ghirardelli in 1998. In spite of this, the Ghirardelli Chocolate Company’ s a century old factory still remains one of the most notorious tourist attractions in San Francisco. 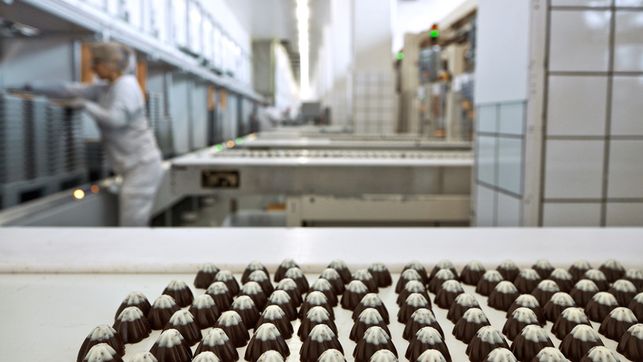 According to Lindt Chairman and Chief Executive Ernst Tanner: “This biggest and most important strategic acquisition to date in Lindt & Spruengli’s history is a unique opportunity for us to expand our North American chocolate business.”

Lindt did not only expand, but it has become the third-largest chocolate manufacturer in North America as well. According to the company’s predictions, North American sales should top $1 billion this year. Now with the addition of Russell Stover, sales in the region should definitely exceed $1.5 billion in 2015.

Lindt, mostly known for its chocolate balls and gold foil-wrapped chocolate bunnies, announced it would now expand the range of chocolates it sold in the US to include a variety of products from Russell Stover, including sugar-free chocolates. In other words nostalgic customers will have no reasons to suffer.

Lindt was founded in 1845 and had reported revenue of 2.88 billion Swiss francs, or about $3.2 billion in 2013. The company has 9,000 employees. The company’s current ambassador is tennis star Roger Federer.

Russell Stover on the other hand was founded in Denver by a married couple back in 1923 and it’s currently the third largest confectionery company in the U.S. with sales of $500m and 2,700 employees. Russell Stover also owns the Whitman’s brand in the US. It is mainly famous for its boxed chocolates. The company has four chocolate factories in the US, and it also runs a chain of 35 shops. The company also sells its products in other 70,000 drug stores, card and gift shops, grocery stores, department stores and retail stores throughout the United States and in more than 20 countries worldwide.

The company gained international awareness thanks to Forrest Gump, the multi acclaimed 1994 movie, starring Tom Hanks. His character would refer to the Russel Stover candies in this famous line: “My mama always said, life was like a box of chocolates: You never know what you’re gonna get.”