You are here: Home / Health / Sexual Orientation and its Influence on Health- NHIS Compares the Health of Homosexual and Heterosexual U.S. Adults 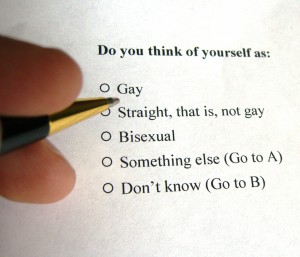 It’s no surprise that sexual orientation remains a dividing element among the individuals of any society, and despite our constant efforts to reduce discrimination of any kind, it still seems that citizens are being denied basic rights even in modern societies. Apart from not being allowed to marry their chosen partners in certain states, they aren’t offered fair medical care and receive subpar medical coverage because of their sexual orientation.

The Center for Disease Control (CDC) has therefore decided to conduct a study meant to objectively analyze how straights, homosexuals and bisexuals fare in the national health care system as well as to compare the medical issues they faced. Data was collected from 34,557 adults aged 18-64 included in the 2013 National Health Interview Survey and after analysis, it seemed that heterosexual Americans do indeed fare better than their homosexual counterparts.

From the 34,557 adults that were questioned in the 2013 NHIS, 96.6% identified as heterosexual, 1.6% as homosexual, 0.7% as bisexual and the remainder of 1.1% either refused to provide an answer, didn’t know their sexual orientation or identified as “something else”.

The survey included questions meant to analyze important health indicators (such as health status, psychological distress, obesity), health behaviors– cigarette smoking, alcohol consumption (specifically if subjects had consumed five or more alcoholic drinks in one day in the past year), aerobic activity (according to federal guidelines), healthcare service utilization (having received the influence vaccine within the past year or having been tested for HIV) and healthcare access (being uninsured, having a usual place to receive medical care, impossibility of receiving needed medical attention because of cost, etc.).

Compared to their heterosexual counterparts, homosexuals and bisexuals showed higher percentages in both cigarette and alcohol consumption (27.2% of homosexuals and 29.5% of bisexuals were current cigarette smokers as opposed to 19.6% of heterosexuals). Similarly, a higher percentage of homosexual and bisexual adults (35.1% respectively 41.5%) reported having consumed five or more alcoholic beverages in one day in the past year as opposed to their heterosexual counterparts (26%). Where aerobic activity was concerned, the study showed no significant differences.

A higher number or heterosexual women (63.3%) included in the study reported excellent or very good health states as compared to their bisexual or homosexual counterparts (54.0%). Moreover, the study also concluded that more adults who identified as bisexual had experienced serious psychological distress as opposed to heterosexual adults (11.0% vs. 3.9%). Curiously, a statistically important difference was found where obesity is concerned: 30.7% of straight men were obese as compared to only 23.2% of the questioned homosexual men, whereas 40.4% of bisexual women were obese as compared to their straight counterparts of whom only 28.8% were obese.

More Influenza vaccinations had been received by homosexual adults included in the survey (42.9%) than by their heterosexual counterparts (35.0%) and more HIV tests had been performed on the homosexual population (68.7%) than on the heterosexual population included in the study (53.5%) as a result of the fact that a whopping 81.2% of gay men had been tested for HIV as opposed to 36.1% of straight men.

As the NHIS shows, there are considerable differences that need careful consideration where healthcare issues are concerned and while this study is not exhaustive, it provides a good starting point and can help healthcare officials create new legislature meant to meet current health goals and objectives.