You are here: Home / Health / Rumor Roundup for the New Apple iWatch 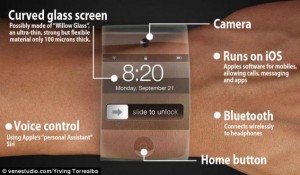 The last couple of months have seen a lot of activity from Apple. There has been a lot of talk about the latest iPhone 6 which will most probably be released in September. There has also been a lot of speculation about the alleged Apple iWatch. It seems that the company will be hiring luxury watch-maker Tag Heuer to design the smart-watch. The watch will be not only about health and fitness. According to experts in the industry, the iWatch will also boast refined aesthetics and luxury features.

According to Tech.first post some of the features of the new gadget will include tracking health-factors, and independent functions such as messaging, and voice chat. Tim Cook, the chief of Apple discussed some details of the much anticipated iWatch. Here’s a quick rumor roundup for the new Apple iWatch.

If the rumors the internet are true it may be possible for the Apple smart-watches to be released in multiple screen sizes and different designs. According to Min Chi Kuo from KGI securities (known for his very accurate Apple predictions) it is very possible for the iWatch to come in different sizes. As far as the display is concerned, the new gadget will probably sport a 1.3-inch or 1.5-inch flexible AMOLED display. There is also talk about it measuring 2.5 inches diagonally, and having a slightly rectangular look (extremely similar to the Google LG G watch that was announced recently). 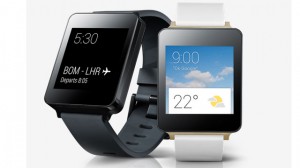 There have been various reports regarding the release and price of the iWatch. A credible source states that Taiwan’s Quanta Computer will begin mass production of Apple’s smart-watch later this July. This means that consumer launch will begin later this October. Until now, Quanta have been responsible for the mass production of laptops and iPods (which is in decline). The price is estimated to hover around the sum of 1000$ dollars. Nevertheless, there has been no news about the price from Apple. Knowing Apple, it will definitely be rather steep.

Undoubtedly, the main features of the iWatch will be health oriented. This definitely justifies the mass hiring of medical experts for Apple (Nancy Dougherty, from Sano Intelligence & Ravi Narisimhan, from Vital Connect have joined Apple). NHL, MLB and NBA experts have also been invited to the Apple campus to test the new device in “professional conditioning environments”. Every rumor points to Apple’s desire to join the Health business. Take the HealthKit app as an example. It can pull data from third-party apps and be accessed by healthcare specialists. This app can keep tab of your most important health metrics. There are several speculations which say that the iWatch will be able to sync with the HealthKit app and iPhone 6 devices.

Battery-life is without a doubt the biggest concern for smart-watches at the moment. As the number of devices-per-household increases, so does the need for charging units. Longer lasting batteries is also the main reason why Pebble smart-watches have been more successful than the Samsung Galaxy Gear. It seems that Apple is experimenting with better alternatives. The iWatch’s technology might include inductive, solar & motion charging of the wearable. There is also talk about using magnetic induction for increasing battery life.

Other key specs might very well include a sapphire lens (Apple has recently teamed up with a sapphire glass manufacturer), biometric recognition, sensors for checking hydration levels, blood pressure & sweat.

All of these features, teamed up with Apple’s HealthKit mean that the new iWatch can become one of the better health tracking devices on the market. We can only wait and see how events unfold.