You are here: Home / Sports / Rickie Fowler Did Everything But Win the U.S. Open

Life gets tough even for the luckiest people. This is what Rickie Fowler found out today. He finished 17-under to win the Open Championship and managed to complete the third leg of the career Grand Slam. Fowler deserves all the praise in the world for his exceptional performance. He managed to shot four rounds in the 60s and he also posted a 15-under total during the Open Championship. Fans are extremely excited about this news. 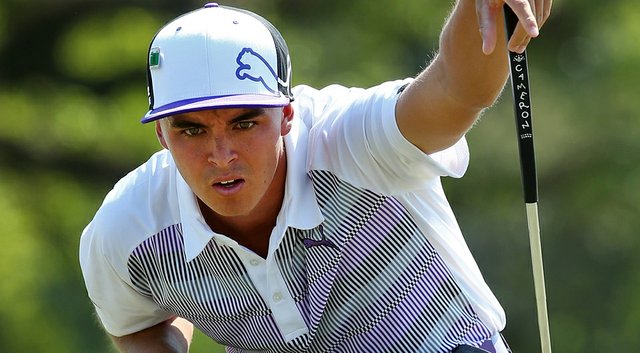 However, there is one thing that Fowler didn’t quite get right: The Claret Jug at Royal Liverpool. Rory McIlroy is the one who got his third leg of a career Grand Slam. He finished 2 strokes better than the opponent that he first faced at the Walker Cup nearly one decade ago. Despite his, mostly, seamless performance, Rickie Fowler did not win.

“It’s kind of similar to being one of the only guys at the U.S. Open to be under par and not win” – he said.

Fowler is not the only one to lose while being under par. Erik Compton also landed the second place at Pinehurst last month. He had 1-under and finished eight big shots behind Martin Kaymer.

Fowler, who has managed to place fifth (tied) at the Masters, is appreciated for his stylish game style, as well as his stylish wardrobe. He may have scored all four rounds during the Open Championship under 70, but in the end he placed two shots behind McIlroy. Both athletes are 25, but McIlroy has two victories over Fowler. “I defintely have some catching up to do (…) but I am getting closer” he concludes in an optimistic tone.

Truth be told, he actually got closer considering that he began 6 shots behind his playing partner, and managed to cut the difference to three with a birdie at the par-3 15th. He also landed amazing birdies at par-5 16th and 18th.

Regardless of Fowler’s performance, McIlroy was already too far ahead, especially after having landed a birdie at number 16. That was the moment when Sergio Garcia and Rickie Fowler knew it was game.

He may have reasons to feel sad, but this has been an excellent week for Fowler. He was also pressured to play well this week, so this may have weighed down on him in the end. Fowler declared that he has felt comfortable, and he is confident that he has plenty more to show.

“I’ll take 15-under in a lot of majors and sit there and wait in the clubhouse.”

But what are his thoughts regarding McIlroy’s performance at Royal Liverpool, and his career Gland Slam at Augusta National? He said that he has no doubt that McIlroy will also win there, and it would be great if he can get him there first.