You are here: Home / Health / Rehabilitation Therapy for Age-Related Loss of Vision Cuts Depression Risk in Half 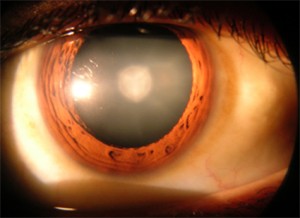 A new study revealed that rehabilitation therapy for age-related loss of vision cuts depression risk in half. The risk of depression has always been associated with those whose vision has degraded due to their age. And when you think about it, it’s natural. Once you lose your vision, everything else doesn’t really quite cut it.

Age-related macular degeneration or AMD is the leading cause of permanent visual impairment for people over the age of 65 in the United States of America. A study published a while back in the JAMA Ophtalmol has revealed that there is a high association between depression and AMD. This fact has been quite worrysome for some time, but now a new study funded by the NEI (National Eye Institude) and published in Ophtalmology has found that the risk of developing depression can be cut in half if patients go through a form a rehabilitation therapy.

This type of new therapy is called behavior activation. What it does is quite simple: first it tells people that loss of vision will indeed lead to depression, so that the people now what’s coming and then they are helped to re-engage in the activities they enjoyed while they had their vision. Simple, right?

Although AMD does not lead to blindness, the vision of a person suffering from it can be seriously impaired. Most commonly it causes a blurred area in the center of the vision, which makes everyday activities, such as reading, driving and writing quite impossible.

The researched was performed on 188 people with bilateral AMD. 70% of the patients were women and half of all people lived on their own. All of them had the same visual impairment and a mild depression and all were at risk of developing clinical depression.

They were split into two groups: one group would receive behavior activartion therapy from an occupational therapist and the second group, the control, would not. After 4 months (19 participants had died or withdrawn from the trial) 23.4% of the control and 12.6% of the therapy group developed clinical depression.

The group leader for clinical applications at NEI, Eleanor Schron PhD had this to say:

AMD is typically diagnosed and treated in primary eye care settings, where there is no defined standard of care for depression. This study was a unique and compelling effort to address that issue by strengthening teamwork between eye care professionals and mental health professionals.