Do you remember the train accident that happened last year in Quebec? In that tragedy, the train exploded, and the fireball killed 47 people and completely destroyed approximately 40 buildings in its way. The injured civilians ran away in fear and panic. Naturally, the United States wants to make sure that things like this never happen again, so it has been working hard to make oil transportation safer. This Wednesday it has unveiled a new set of rules meant to make this possible (most of these rules target the transportation of crude oil and ethanol by train). For example, one of the rules states that transporting materials must be done with new rail cars, and more warnings must be given to the community. 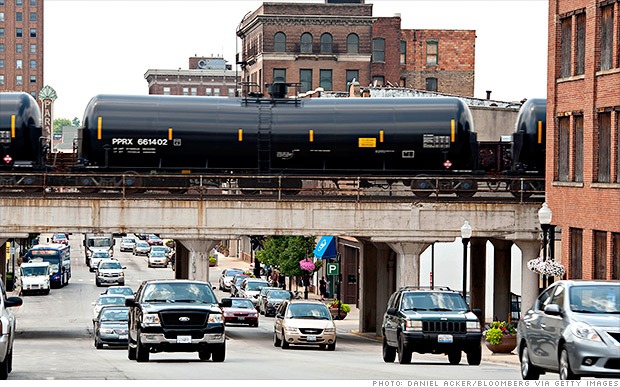 Besides the Quebec accident from one year ago, a new study has revealed some distressing information. According to the Transportation Department, crude oil from the Bakken oil region is extremely likely to catch fire. The bad news is that most of the U.S. oil comes from that region. Rail carloads number 415.000 today, as opposed to 9.500 in 2008. During a press conference, Transportation Secretary Anthony Foxx talked about the economical significance of U.S. oil transportation.

The Quebec accident was not the only one of this kind, and it is because accidents of such magnitude happen that rail safety becomes imperative. It seems that new regulations would require refineries to switch to rail cars that have stronger brakes and thicker tanks. In addition to this, they will have to notify responders when they are passing through a community, that they are transporting flammable substances, and respect speed restrictions.

These are only a few of the rules suggested by the Transportation department, but they seem very reasonable, considering the danger that people are putting themselves in. Implementing a few safety measures is better than repeating the Quebec accident. At the moment, the rules are open to comment for an additional 60 days. After 60 days they will take effect.

The American Petroleum Institute, a trade group, doesn’t seem very excited about this news. They stated that they will review the new regulations, but they are not concerned about the flammability of Bakken oil.

“The best science and data do not support recent speculation that crude oil from the Bakken presents greater than normal transportation risks,” – Jack Gerard, CEO

The department has also stated that accidents involving transports of oil have significantly decreased in the last year.