You are here: Home / Technology / Bubblews and Bonzo Me Want to Pay People for Posting on Social Media

Interesting news regarding social networking has surfaced this week. It seems that most social media websites are built on the premise that people will share just about everything. Of course, this networks are not planning on sharing the money that their posts produce. Two new services have appeared, which want to change this.

First we have Bubblews, a social network that has just came out of an extended testing phase. Apparently it pays its users for attracting traffic as well as advertisers. The second company, Bonzo Me, is doing the same thing since early July. 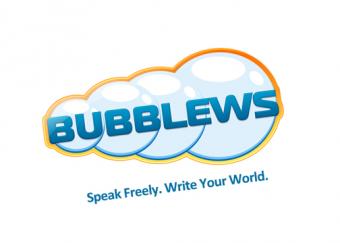 “I just feel like everyone on social networks has been taken advantage of for long enough (…) Facebook has been making money, and the people providing the content aren’t getting anything” – Michael Nusbaum, creator of Bonzo Me

At the moment, the Bonzo Me network is paying its users 80% of its ad revenue for the most popular post. Bubblews has a more complex formula which takes into consideration the number of times that a post was clicked and what type of reaction it generates within the network. At the beginning, views, comments or likes will be rewarded with one penny. In the future, the network is planning on offering its users $50 increments. In other words, it will take a while until active users actually receive their first paycheck. Of course, there is also the chance of posting material that goes viral from the beginning.

A ward of caution though:

“No one should come to our site in anticipation of being able to quit their day job (…) But we are trying to be fair with our users. Social networks don’t have to be places where you feel like you’re being exploited.” – Arvind Dixit, Bubblews CEO

Besides the obvious financial benefits, Bubblews is also trying to encourage deeper, more thoughtful posts instead of the lame selfies and food pics that we have become accustomed to on social media. In order to achieve this, it requires for every post to have a span of at least 400 characters (approximately two paragraphs of a story). Rob Enderle, a technology analyst from Bubblews believes that something like this will eventually become popular.

You can’t sustain the quality of the product if you aren’t paying people for the content that they are creating. And you can’t pay your bills if all you are getting are `likes.’ – Rob Enderle

There are already examples of people who can win money through these networks. Gerry Kelly from San Francisco has earned 100 dollars on Bubblews. It may not sound like much, but its a start.

Facebook may be the largest social media platform at the moment, but it has a history of annoying its users. More and more Facebook users are complaining about Facebook’s obnoxious paid ads and policy regarding privacy settings. Nevertheless, this social network has been thriving, even after its failed experiment in 2012 (which analyzed the moods of users related to different posts).

At the moment, Facebook & Twitter are the most important advertising platforms for celebrities and companies, but Bubblews wants to make money as well, while also providing with quality posts. Bubblews has approximately 200.000 users, and Bonzo Me just a few thousand. The latter has payed 30.000$ in revenue to its users so far.

“We are living in an age when the things you post on the Internet can go viral, so you may as well get paid for it,”