It has been an exciting game, filled with ups and downs, but in the end Novak Djokovic has won and will return to no. 1 in the Emirates ATP Rankings starting Monday. The amazing tennis player is now holding the heavy two-handled silver urn that every Wimbledon legend deserves. Underneath his fingers, the name of Roger Federer lies etched. Federer has won this prize more than anyone else, but Djokovic managed to win it for the second time in his career. The Serb managed to win the game after having had it in hand, letting it slip and clutching it again. The game ended 6-7(7), 6-4, 7-6(4), 5-7, 6-4, after having lead two sets and holding a 5-2 lead in the fourth. Federer did not give up his Wimbledon prize easily, as a matter of fact he has only lost once in his last 8 final appearances. 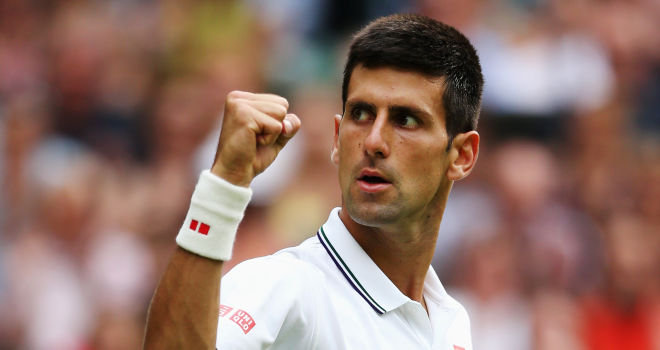 As much as he battled, Federer finally succumbed in his hand. In the end his backhand splashed weakly into the net, and the fans roared in excitement over Djokovic’s victory. This is the seventh Grand Slam men’s singles title in the tennis player’s career, which has brought Mats Wilander and Jogn McEnroe in the eight place on the career list. Last year, Djokovic lost to Andy Murray, the first hope for Britain in 77 years. He also lost to Rafael Nadal at last year’s French Open and United States Open.

During this Wimbledon Open Djokovic truly held his own. He was leading 5-2 in the fourth set, when Federer managed to win five games in a row. This lead to a fifth deciding set. Federer tried to win the game by coming to the net and with the help of serve-and-volley tactics. Last year, Federer also lost in the second Round at Wimbledon, and his ranking fell to No.8 from No.2. Many thought that this would be the end of him (especially due to age and injuries). A month from his 33d birthday, he won the Wimbledon Open (which makes him the second oldest tennis player to win the Wimbledon).

“It was a great final, can’t believe I made it to five (…) I wasn’t looking good there for a while. I was hoping, who knows, maybe it would be enough.” Federer declared.

Wimbledon’s final this year was one of historical significance. It is the 35th time that Djokovic and Federer face each-other on the field. Tennis legends Stefan Edberg and Boris Becker also played 35 times in Grand Slam matches. At present, Edberg is coaching Federer and Becker is coaching Djokovic.

It was a spectacular victory for Djokovic, that will not be forgotten soon.

“I want to congratulate Roger on a great tournament and great fight today (…) It was a great match to be part of. He’s a magnificent champion, a great example of a great athlete and a role model for many kids. (…) Thank you for letting me win today.” Djokovic declared in his on-court speech.