You are here: Home / National News / New Plane Crash as Another Aircraft Disappears from Radar 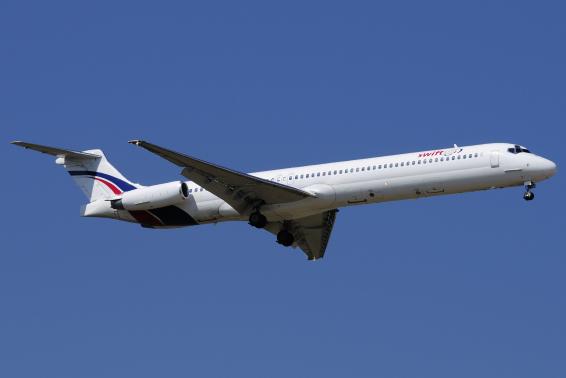 It seems that in recent days, aircrafts have a tendency of disappearing from radars. This was also the case of flight AH0571which disappeared from radar over the Sahara on Thursday.

Bad weather caused the Air Algerie flight that was on route from Burkina Faso to Algiers to disappear from radar for over 50 minutes after takeoff. The aircraft had 116 people aboard, 50 of which French citizens.

The Algerian News Agency APS explained that Air Algerie closely followed protocols and immediately launched its emergency plan after the contact with the flight was lost.

Sadly, an Algerian official confirmed that the plane crashed soon after. Refusing to be identified or provide further details about the aircraft crash, the official only stated that the aircraft was flying north. Jean Bertin Ouedrago, Burkina Faso Transport Minister stated that the aircraft had received clear indications to change their route at 0138 GMT in order to avoid a serious storm in the area. Currently, there are no information as to the number of casualties.

There are already efforts being put into locating the Air Algerie aircraft Two French fighter jets have been dispatched in the region, being instructed to locate the airplane on its planned route. Nigerian security sources confirmed that the planes had been flying over the border region with Mali searching for flight AH0571.
Confusion surrounds the plane crash as the Algerian state news agency stated that contact with the plane was lost approximately one hour after takeoff in Burkina Faso, while other officials claim that there are different accounts of the time when the plane was still on radar. Swiftair (the company that owns the aircraft) confirmed that contact had been lost with the MD-83 operated by Air Algerie.

Considering that the world is already alerted due to the Malaysian aircraft that has cashed last week in eastern Ukraine and the TransAvia plane that crashed on Wednesday over Taiwan, nerves could be added to an already jittery industry.

Air Algerie representatives explained that the passengers of flight AH0571 were in transit from either Europe, Canada or the middle east and that there were 50 French passengers on board, 24 Burkinabe, 8 Lebanese, 4 Algerians, one Belgian, one Swiss, one Nigerian, one Romanian, one Cameroonian, one Ukrainian and two passengers from Luxembourg. Six crew members completed the 116 people that were on board.

Information is still being sought after since there is great confusion surrounding the crash and that there is a crisis unit set up in Ouagadougou meant to provide information to families.