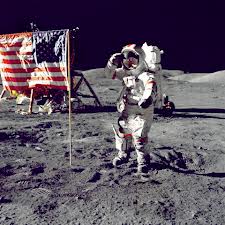 Neil Armstrong and Buzz Aldrin were the first humans to experience the most unique of feelings: that of discovering a new world. Forty-five years ago, they had the honor and opportunity of walking on the surface of the moon for the first time during their Apollo 11 mission. And although it happened on the 20th of July 1969, the event still stirs hearts in 2014 as it did back then.

NASA is honoring Neil Armstrong on Monday at the Florida Kennedy Space Center with a renaming celebration. The Operations and Checkout Building will be renamed in honor of the legendary astronaut who has spoken the most marking words connected to such missions “one small leap…one giant leap”. Buzz Aldrin as well as Michael Collins (the command module pilot on the Apollo 11) will both attend the ceremony on Monday.

Neil Armstrong’s family had a simple yet touching request from all those who would like to honor Neil but aren’t sure how they could. They said that the best way to acknowledge his accomplishments, service and modesty is simply thinking of him and giving him a wink whenever and if ever, on a clear day, you walk outside and see the moon.

The Smithsonian Institution’s National Air and Space Museum are planning to re-create the entire eight day flight on Twitter. In 140 characters (or less), they will be telling the story of the legendary Apollo 11 mission, which began on the 16th of July and ended in the Pacific on the 24th of July 1969.

NASA TV will also be commemorating this unique date on late Sunday night by broadcasting restored footage of the moon landing in 1969. Aldrin’s and Armstrong’s footsteps will be shown again at exactly 21:39 (precisely when Neil opened the hatch of the Eagle on the 20th of July 1969). Moreover, this is the first time that the anniversary falls on the exact same day of the week as it did back then.

Anniversary events are also taking place in local planetariums and science museums so be sure to check them out in your town. At the Kennedy Space Center, for instance, Bruce McCandless (former astronaut who tested the manned maneuvering unit NASA had been developing in 1984) will be appearing on Sunday.

Documentaries will also be broadcast on Sunday: “For All Mankind”, “Apollo 13”, “From the Earth to the Moon” are just some of the titles you could choose from.