You are here: Home / National News / Was the Malaysian Plane Crash a Terrorist Act? 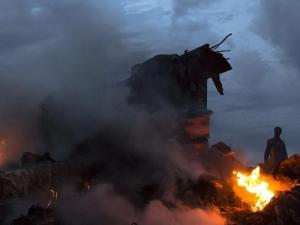 Earlier today, a Malaysian Airlines machine carrying 295 passengers and crew members crashed near the Ukraine-Russia border, immediately sparking discussions as to whether or not it was shot down.

According to recent information, flight MH17 was scheduled to enter Russian airspace shortly before the Airlines lost contact with the machine 50 kilometers away from the border.

Controversial theories have already been postulated, one of which stating that the passenger aircraft would have been shot down by a rocket (as a Ministry of Internal Affairs official stated for the Washington Post). Anton Gerasenko, the aforementioned official, stated that a BUK type rocket were to have been fired at the aircraft.

After being consulted, the International Air Transport Association (IATA) described the airspace east of the Ukraine, where the Malaysian aircraft was flying, as commercial and completely free of restrictions. Curiously, an official of the Russian air control agency had previously stated that that same airspace had been closed for three days and that the airplane shouldn’t have chosen that particular route.

Ukraine’s president Petro Poroshenko also addressed the issue and named the loss of the aircraft “an act of terrorism”. Whether caused by rebels, separatists (who are also believed to be involved in the shooting down of two Ukrainian military aircrafts in recent days) or in fact terrorists, airlines are currently choosing to avoid eastern Ukraine altogether.

From the 295 people on board (15 crew members and 280 passengers), no survivors have been found thus far. While The Guardian has received information from emergency workers that more than 100 bodies had been found, Reuters reports that there may be even more than 300 victims. It is also believed that 23 passengers were U.S. citizens.

As new information arises, it seems that the SBU (the Ukrainian secret service) has uncovered a recording (that is unverifiable up to now), in which a pro-Russian separatist leader discusses the events connected to the Malaysian aircraft crash with a Russian secret service member. He explains how he recently took down a An-26 plane (Ukrainian military transport aircrafts). His Russian interlocutor corrects him, stating that they took something else down. Earlier today, Igor Girkin, a separatist leader had posted a message on a Russian social network stating that they had just taken down a AN-26 near Torez. The message was later removed from the website.

Moscow denies any claims that they would have supported any separatist movement although the Russian Defense Ministry has not yet commented the crash.