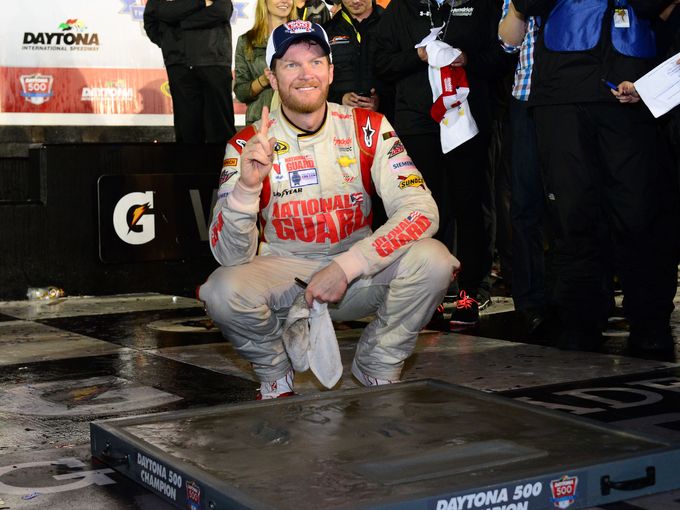 Already nicknamed “Four Time”, the NASCAR driver has managed to become the first ever five-time NASCAR winner at Indy. Gordon fought Kasey Kahne, his Hendrick Motorsports teammate for the lead and won his 90th Sprint Cup (the second this season).

His win came after a restart with 17 laps remaining, and as Gordon himself explains, he is not good on restarts. In an interview after the race, he admitted that this wasn’t a very good day for him but that he did manage to pull out the best restart of his life out of his sleeve at the exact moment when he needed it the most.

Gordon also explained that with 10 laps remaining, he found it almost impossible to concentrate on the race instead of on the crowd. He told interviewers that with a race where the stakes are so big, emotions take over and sometimes this can make or break your race.

Gordon’s teammate Kahne admitted afterwards that he had let Gordon control the restart seeing that he would have passed him either way. Even if Kahne would have also loved to finish first at Brickyard, the current result is a win-win situation for Hendrick Motorsports.

Kyle Bush came in second and declared that Gordon couldn’t be caught up to. Bush was followed by Denny Hamlin and Matt Kenseth, while Joey Logano finished fifth. Kahne, who had wished dearly to win this race, ended up on the sixth position.

After the race start, when Kevin Harcivk led the pluton, Gordon came in and led the race for 20 laps. The next laps were led by Logano who was actually the only driver not to pit. His decision caused a whirlwind of pit stops during the following 20 laps. Kahne led 68 out of the 71 laps that came before Gordon regained his spot after the final restart.

The race did also hold some bad surprises for some drivers: Danica Patrick, for instance, had to spend 30 laps in the garage waiting for repairs when her No. 10 Chevy broke an axle as she was leaving the pits.