An esteemed federal judge, in the District of Columbia, declared that one of the District’s gun control laws is unconstitutional. He ordered its enforcement to be stopped immediately. On Saturday, Judge Frederick J. Scullin Jr. announced his intention to order the law against carrying pistols in public to be altered. He proceeded with his plan, and later that they he ordered the city to cease its prohibition against carrying firearms in public. 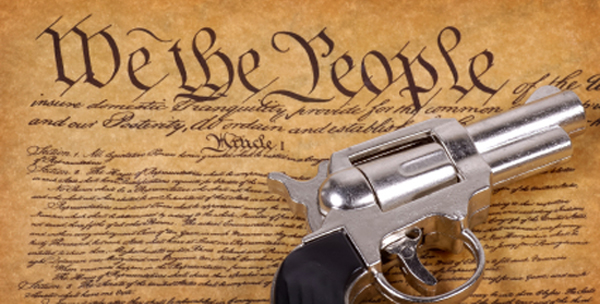 He wrote in his ruling in Palmer v. District of Columbia that people should be allowed to carry firearms outside the home, and that gun-control laws are unconstitutional. His order was addressed to the Columbia District as well as Police Chief Cathy Lanier, and his officers. However, it could not be determined who had actually received the notice on Saturday. One more thing that is unclear is whether the city would actually appeal. Alan Gura declared on Sunday that he is very pleased with this decision. Ted Gest, a spokesman for the Office of Attorney General of the District of Columbia, who defended the city’s ban declared that they are still studying the options.

The case proceeded, and was heard by Scullin, the senior U.S. District judge who usually sits in New York. After he gave his ruling he said that there is no longer any basis on prohibiting the public carrying of handguns outside the home.

“We won (…) I’m very pleased with the decision that the city can’t forbid the exercise of a fundamental constitutional right.” Alan Gura, lead attorney for the Second Amendment Foundation told Fox News

Alan Gura also added that he expects the District to appeal the decision, but he will happily keep on fighting until he is successful. Nevertheless, the court’s decision leaves nothing to be questioned when it comes to gun-carrying rights. This suit against the city was filed by 4 plaintiffs and the Second Amendment Foundation.

“there is no longer any basis on which this court can conclude that the District of Columbia’s total ban on the public carrying of ready-to-use handguns outside the home is constitutional under any level of scrutiny.” – Judge Sculin

“…the court enjoins Defendants from enforcing the home limitations of firearms laws unless & until such time as the D.o.C. adopts a licensing mechanism consistent with constitutional standards.”

The defendants in this case was the Police Chief Cathy L. Lanier, and officers that received notice. After 5 years of being dragged through the courts, the suit finally ended. The cases was argued twice, the latest discussion being in October 2012.

One of the plaintiffs in this case was George Lyon, a registered gun owner who says that he is grateful to be able to protect his family. He also urged the mayor to quickly enact a concealed carry law in order to protect the rights of law abiding citizens. The mayor did not respond swiftly.