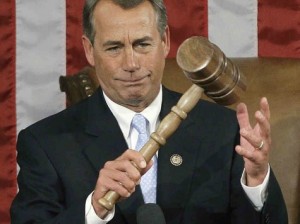 On July 7, the seven House Republicans demanded that the specially selected committee assigned with the investigation of the Benghazi attacks receive $3.3 million this year. According to the proposal of the House GOP, the seven members of the committee stand to receive about $2.2 million for covering staff costs. Meanwhile, the five Democrats, a minority in the house, would receive around $1 million for the same purposes. The proposal was forwarded to the press in the form of a written document by the leader of the House Democrats, Nancy Pelosi.

The bloody and infamous Benghazi attacks took place in Libya, on September 11, 2012. At the time, several militants broke into the diplomatic settlement in the port city situated in Libya and killed four American citizens, including the then ambassador of the United States, Chris Stevens. A separate incident, which took place on that same date, saw separatists break into the CIA annex of the diplomatic installation in Benghazi.

Since then, the Benghazi attacks have become something of a moot point for debate among Republicans and Democrats. America’s conservatives have repeatedly accused President Barrack Obama and his entire administration of stonewalling the attempts Congress has made at initiating investigations of these incidents. They also alleged that President Obama purposely misled the American public with respect to the attacks, in order to ensure the success of his final weeks of campaigning for a second term. There have been numerous inquiries into the incident, some independent, other bipartisan, and others led by the GOP, which found that the State Department failed to ensure the proper level of security in Benghazi. Four officials from the State Department have been demoted in the wake of investigations on the attack.

In May this year, the House, in which the Republicans currently hold the majority, elected a select committee tasked with investigating the attacks and their aftermath. Republican Trey Gowdy, R-S.C. is the chair of this committee and House Speaker John Boehner, R-Ohio, has said that “getting to the truth” is crucial. At the same time, the Democrats are countering the allegations that surround the attacks and their investigation with claims of partisanship. They’re saying that the Republicans are trying to get the GOP voter base riled up, in the run-up to this year midterm elections. Nancy Pelosi was reluctant in assigning Democrats to the special committee, but eventually relinquished. Drew Hammill, one of Pelosi spokespersons, has qualified the House GOP demands for committee budgeting as “an appalling breach of the public trust and a stunning abuse of taxpayers’ dollars”.