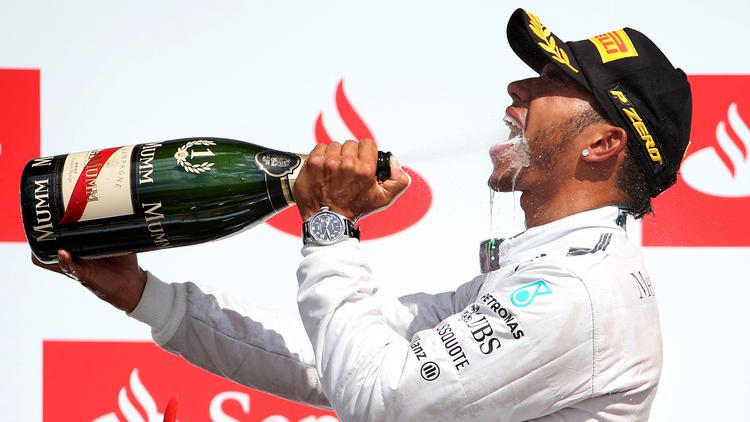 The German Grand Prix taking place in Hockenheim ended on Sunday with the victory of Nico Rosberg who didn’t just enjoy a victory in his home country, but also ensured that his lead over Lewis Hamilton, his Mercedes teammate stretched even further. Hamilton actually had a rocky start: he crashed during the qualifying round and had lots of scrapes during the race itself. After starting on the 20th position, he finally managed to reach the 3rd position but it seemed he couldn’t advance any further. Valtteri Bottas had the best of Hamilton in the closing laps and finished second, leaving the bronze for Hamilton.

Responsible for Hamilton’s start on the penultimate row was not only his crash but also the fact that he decided to change his gearbox and had to endure a penalty. During the race, the front wing of his car was broken during a collision with Jenson Button (McLaren driver and former teammate). After Sunday’s race, Rosberg leads Hamilton by 14 points in the overall          championship.

There is certainly a special feeling that drivers have when competing at home (and it is not specific to Formula1; all great athletes feed on the energy of the public). Rosberg used this positive energy to the fullest and after having finished, he declared that the day had been very special to him and that the feeling of winning at home is absolutely unimaginable. Rosberg’s win is actually the first time that a German wins the Grand Prix at Hockenheim since 2006 when the gold was snatched by our own Michael Schumacher.

Sebastian Vettel came in fourth, shortly followed by Fernando Alonso (who actually had to struggle for the fifth position in a battle against Red Bull driver Daniel Ricciardo). What is curious is that Fernando Alonso and Nico Hulkenberg (Force India’s driver) are the only pilots who have consistently scored points in every race that has taken place thus far in the championship.

During a collision at the first corner, Felipe Massa’s car flipped over while Kevin Magnussen’s McLaren had to pit for repairs. Massa declared that the crash itself looked way more dangerous from the outside than from the inside, and that he is fine in spite of his disappointment of the way the race unfolded. It’s the second race where another car pushes him out and since his car was not only competitive but also fast, we can all understand the Brazilian’s sadness.