You are here: Home / National News / General Motors Safety Crisis Gets Even Deeper 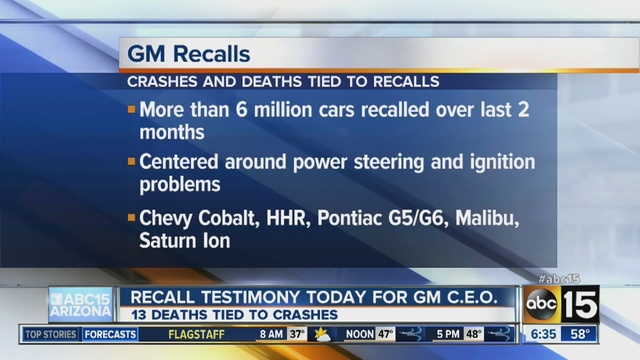 General Motors is going through a very rough patch this year and it seems the plot thickens with every passing day.

The ignition switch problem, a defect GM has been knowing about for more than 10 years led to the recalling of around 2.6 million small older cars this February.

If you drive a Chevrolet Cobalt, you probably know about the company’s desperate trials to fix the faulty ignition systems since the beginning of this year.

Starting with February, GM made another five recalls for the same reason. If you still don’t care much about the issue, now it’s the time to be aware of the gravity of the situation: if you happen to drive a Chevrolet Malibu, it’s time you know that the General Motors safety crisis is bigger than anybody imagined.

On Monday, the company recalled another 8.2 million vehicles in the United States. So far, GM recalled a mind – blowing number of 17.1 million cars with faulty switches. The models included in this pool go back to 1997 GM automobiles.

The problem with the GM ignition switches is that they can slip from the “run” to the “accessory” position while you are driving. Because the General Motors safety crisis took a very serious turn, other car manufacturers are looking into their own back yard in order to identify possible defects. Governmental representatives are also paying attention to the problem.

According to the Associated Press and other media outlets,

The company is aware of three deaths, eight injuries and seven crashes involving the vehicles, although it says there’s no clear evidence that faulty switches caused the accidents. Air bags did not deploy in the three fatal accidents, which is a sign that the ignition was out of position. But air bags may not deploy for other reasons as well.

However, given the fact that the faulty ignition switch was associated with accidents and deaths, GM created a victims’ compensation fund on Monday. The company will pay millions of dollars to the families of the injured or deceased victims of car accidents which involved a GM vehicle.

The company’s initiative, led by compensation specialist lawyer Kenneth Feinberg will evaluate each case, under Feinberg’s supervision, and ultimately pay loads of money based on several criteria. While Feinberg will be the one to make the final decision on who gets how much money, it is clear that GM acknowledges the fact that their faulty ignition switches were responsible for so many deaths and irreversible injuries.

Feinberg also pushes things up a notch, speeding the payment process and keeping out of the claims process any personal faults of the victims that might have contributed to the accident. In other words, GM will pay even if the victim of a car accident was talking over the phone while driving the car with a faulty ignition.

So far, we don’t know if there will be other recalls in the weeks to come. What we do know is that GM is taking responsibility, while the company’s CEO, Marry Barra, is set to solve the General Motors safety crisis with no hesitation.