This week looked extremely promising for investors. On Thursday, stocks seemed very profitable, but until Friday everything changed. This left a bit of a sour note, especially since stocks for the Dow became lower than how they were at the beginning of the week. Also, record highs that the S&P 500 had been achieving during the week were completely erased. Ultimately, the changes on Friday destroyed the chances of indexes at the end of the week to reach new highs. 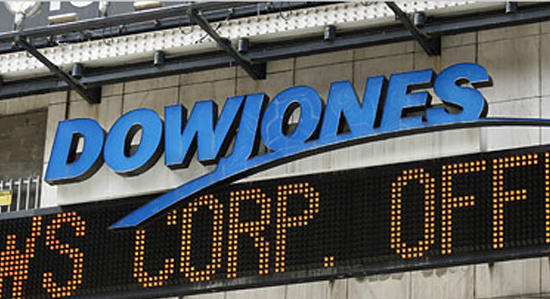 Tuesday, Wednesday and Thursday did manage to squeeze out three record highs for the S&P 500 index, but for the rest of the week only negatives were reported. Investors found many of them in a number of areas on Friday. These lows were consistent enough to erase all the positives and gains amassed during the start of the week. Although there were chances for the Standard & Poor’s 500 market index to reach 2.000 for all week, it failed to make it there. The index was actually off by 9.6 points for the day (which means -0.48%). It finished the week at 1.978.34. This is basically the same number with which it started the week.

This news is distressing for investors, especially since the Dow Jones Industrial Average observed that its average dip below the key 17.000 mark yet again, mainly because of the negative earnings which rolled in on Friday. Investors also say that the result is actually the largest weekly decline in almost two months, which left Dow Jones down 123.23 points (which means -0.72%) for the day (16.960.57). The Dow has seen, today, its biggest decline since the middle of June: 0.8%.

In other news, NASDAQ Composite also had a disappointing week. It closed 22.5 points lower than on Friday (with a decline of -0.50%) and a number of 4.449.56. A small overall gain was recorded for the week (of 0.4%) but it was a lot below the record high of 5.000 that it achieved during the dotcom bubble.

Another dissapointment this week was Visa, which managed to lose 3.8% of its value, after having announced a smaller annual growth forecast. The only company which seemed to have done a good job this week was El Pollo Loco. Their stock rose 60% in value (to 24 dollars a share), well above its initial public offering.

Nevertheless, the most disappointing news for investors, thus far, was for Amazon. The company made public a second-quarter loss that was more than what investors were expecting. The stock was down almost 10% for the day. This is also one of the reasons why the S&P 500 recorded such a failure at the end of the week.

Investors hope that the following week will hold brighter news that will help them rebound from this Friday’s lows. We are still expecting news of the monthly jobs report and the suggested direction stocks for the week.