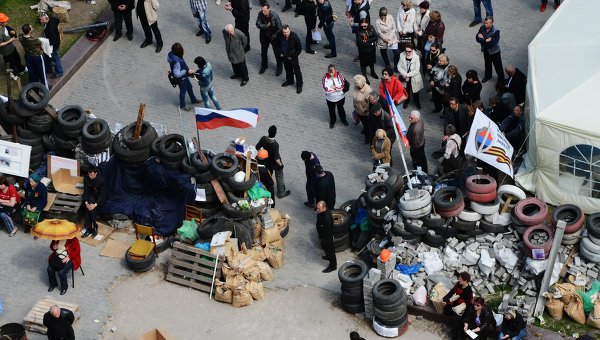 Many chose to ignore the Crimean Crisis for the past months, but it can no longer be pushed aside. It started on February 23, 2014, and although the main nations implicated are Russia and Ukraine, it has managed to impact the actions & decisions of other countries such as the United States, Poland and surrounding territories. At present, the Crimean Peninsula, which was previously owned by Ukraine, is under the control of Russia. 100 member states of the United Nation do not agree with this. In addition to this, President Vladimir Putin clearly has hidden intentions with Ukraine, even if he declared that “the use of force will remain a last resort” for Russia. US President Barack Obama warned Putin that “he is not fooling anyone”, and also that Russia have absolutely no right to intervene in Crimea. Obama has yet to take action, and over 16.000 Russian troops have already been deployed in Crimea.

In recent news, Ukrainians are flooding highways and attempting to flee what remains of the rebel stronghold in Donetsk. They are afraid of a reprisal assault from government forces. They have already lost approximately 30 servicemen to defiant militants. At the moment, Donetsk remains the last pro-Russian rebel bastion in Eastern Ukraine, if you can call it a town. It has been completely abandoned by residents, who tried to escape advancing government troops. Nineteen troops were killed near the Russian border by a hail of rocket fire on Friday. Separatists took this action to remind everyone of their spite against recent government gains across the Eastern rust belt. But the list of casualties does not end here. An additional 4 soldiers died in another location, and seven more were killed during night attacks. The list of wounded is even longer.

“The rebels will pay for the life of every one of our servicemen with tens and hundred of their own (…) Not a single terrorist will avoid responsibility.” (Source: President Petro Poroshenko)

This aggressive declaration has managed to put the fear into several gunmen who had abandoned surrounding cities in favor of Donetsk. They actually believed that their riverside city would soon be bombed. The mayor of Donetsk was soon to respond. He requested a meeting with Mr. Proshenko on Friday, to discuss how they will avoid bloodshed and the use of heavy artillery. Despite his attempt, the locals are not sitting around hoping. They don’t want to take any chances, especially since three months of fighting has already claimed almost 550 lives.

“I would say that one car in five is filled with refugees,” declares a young separatist manning a roadblock 20 km from Donetsk

There has been a lot of talk about this situation on TV. Many political voices ask why rebels were allowed to slip out of towns and cities in the past few days. In the meanwhile, Mr. Poroshenko proclaimed the seizure of Slavyansk as turning point in the conflict of a Kremlin-backed President and Russia’s interest in Crimea.

What did EU leaders do in this situation? They quickly sided with Russia in trying to convince Poroshenko to begin truce talks with the separatists. It also black-listed 11 separatist leaders for inflaming the conflict (there are already 61 Russian and Pro-Kremlin Ukrainians on the list). Even after this, Poroshenko still doesn’t want to discuss with the rebels.

“The only possible side that can be involved in negotiations is Russian President Vladimir Putin,” he stressed. “And the only subject that can be discussed is the terrorists’ withdrawal from the territory if Ukraine.” Poroshenko declared

In the midst of all this turmoil, the only dose of good news seems to be the fact that Ukraine has been flagged as “stable” from “negative” in the credit rating based analysis. This means that it might benefit from the next $US17 billion loan from the International Monetary Fund.