You are here: Home / Health / It may be Possible to Detect Alzheimer 10 to 20 years Before Clinical Diagnosis with a New Eye Test 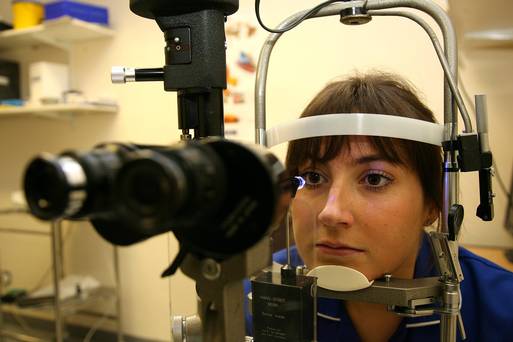 Technology is not the only sector where important developments and discoveries are being made. The health sector has picked up the pace, which means that more and more remedies to illnesses, effective drugs and solutions are being released to the public. A new study reveals that eye tests may be able to detect the Alzheimer disease decades before it manifests. This news is very promising, especially since scientists warn that the number of Alzheimer cases will significantly increase in the next 10-20 years. At the moment, more than 5 million Americans suffer from Alzheimer’s disease.

This new study indicates that a new type of test can be taken to pick up the disease before it becomes dangerous. Medics are looking for it in an extremely unusual place: the eye. Results have already come in for this study, and it looks promising. What medics are searching for is small bright dots (which are actually proteins called beta amyloids). They are visible within the retina of an Alzheimer patient. They are also found in the brain, and have been known to be linked to this disease.

According to Dr. James Galvin the study is relevant mainly because the brain is connected to the eyes, so many things that happen in it can also be seen on the retina. In other words, a lot of the pathology occurring in the brain, will most likely be visible on the retina. The study was conducted on 40 people. For the purpose of the study, Shaun Frost used a liquid form of curcumin (a natural substance that makes curry yellow). This substance reacts with beta amyloids, allowing doctors to spot it more effectively during an eye test.

The results of the study are impressive. Frost found that 100% of people suffering from Alzheimer were positively identified by the eye test. But how exactly can this help patients? As medics like to remind us, prevention is the best cure. Therefore, picking up on a disease as soon as possible can  make treatment a lot easier. In addition to this, treating the symptoms of a disease is usually easier than treating the disease itself. Also, Alzheimer is more difficult to treat in its advanced stages.

At the moment, Alzheimer is identified through spinal taps or PET scans (they are invasive, expensive and not always available). If this new eye test turns out to be more effective, it will also provide modern medicine with a cheaper alternative to PET Scans and spinal taps. It will also predict the disease 15 to 20 years before clinical diagnosis. The full study, which will involve 200 subjects, is scheduled to be completed later this year. We will keep you updated.