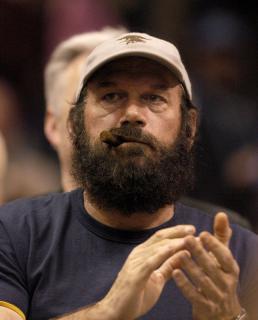 Jesse Ventura, former Minnesota Governor, was awarded $1.8 million in damages by the federal jury which ruled in his favor at his defamation trial. On Tuesday, Ventura received the verdict in the case where an ex-Navy SEAL accused Ventura of getting in a bar fight with him.

The Jury ruled 8-2 in favor of the former governor and awarded Ventura $1.35 million for unjust enrichment and half a million dollars for defamation over Chris Kyle’s book. The former Navy Seal was killed in 2013 in Texas by a very troubled Iraq war veteran that he had been trying to mentor.

Kyle’s book contained passages about how he got into a bar fight with a man that had made snide remarks about Navy SEALS. According to Kyle, the character in his book, “American Sniper: The Autobiography of the Most Lethal Sniper in U.S. Military History”, which soon became a best-seller, was none other than former governor Ventura.

It took the jury six days to deliberate and deliver their verdict in the U.S. district court of St. Paul, Minnesota.

Ventura came to the nation’s attention because of his career as a professional wrestler and when he read Kyle’s book, he felt that his reputation had been irreparably tarnished because of the passage that was allegedly about him. He therefore sued Kyle’s estate for an undisclosed amount.

According to Ventura’s lawyer, David Bradley Olsen, the ex-governor feels relieved and vindicated that a jury of his peers found that the story was a lie. He also added that Ventura felt as if this trial had no real winners.

The case that Ventura’s lawyers argued was that the former governor’s income had significantly decreased after the book had been released. Prior to the book release, Ventura would average $1 million a year as opposed to the time after the release of Kyle’s book, when Ventura’s income dropped 90 percent.

On the other hand, Kyle’s lawyers claimed that Ventura’s career had already started spiraling downwards and that the current case was nothing more than an excuse to have his names back in the headlines at the expense of the reputation of an ex-Navy Seal who had done nothing but serve his country honorably.

Kyle’s lawyers said they would be evaluating all options regarding an appeal. While Kyle declared during a video deposition that he had fought with Ventura, the ex-governor claimed to have no recollection of the former Navy SEAL.