According to the researchers, both the mummies provided crucial leads about the life of people in Wyoming during that time.

Researchers Cecil Main and Frank Carr discovered Chiquita in the early 1930s. Recalling their meeting with the mummy, the researchers said that they were searching for yellow metals in the ground when they blew the entrance to a cave on the slope in the Pedro Mountains, which is around 65 miles southwest of Casper.

While carrying out the excavation inside the cave they discovered a tiny, dead old man with leathery skin. They say the mummy’s arms were crossed and legs were folded. It appeared seating on a ledge in the cave. The mummy was about 6 to 7 inches tall sitting down and weighed around a pound. 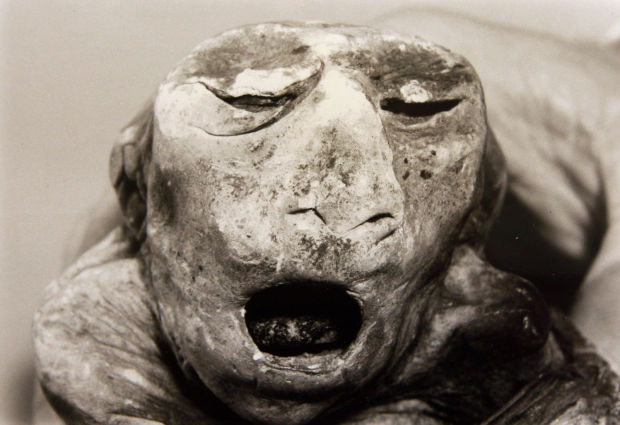 The mummy, which was kept on display in Greeley, Colorado and lately, in Lusk, belonged to Ivan Goodman, a Casper car dealer.  According to the researchers, Goodman lost the mummy at the hands of a con artist in 1950.

The story of the mummy was re-publicized during a show in 1994. The show featured George Gill, the University of Wyoming anthropologist, in its story coverage.

In Cheyenne, a family was watching the show. They knew that Pedro Mountain mummy was not alone. They carried Chiquita to Gill. 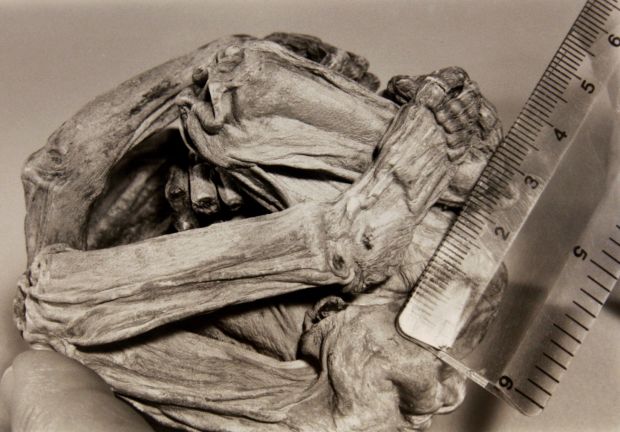 Chiquita was present in a trunk in the Cheyenne family’s attic for so many decades. It was a relic which was bought by their grandfather from a sheepherder. For Gill, Pedro Mountain mummy was gone but he did not want to lose Chiquita in any case.

Gill carried out tests on Chiquita and found it was a baby born with anencephaly. The same signs Gill had seen in the Pedro Mountain mummy. Both the infants were born without the capacity to survive, but were preserved in a great manner.

“Nowhere else in Wyoming do we have burial sitting up like that. Never sitting up with legs crossed and arms folded across their chest”, said Gill.