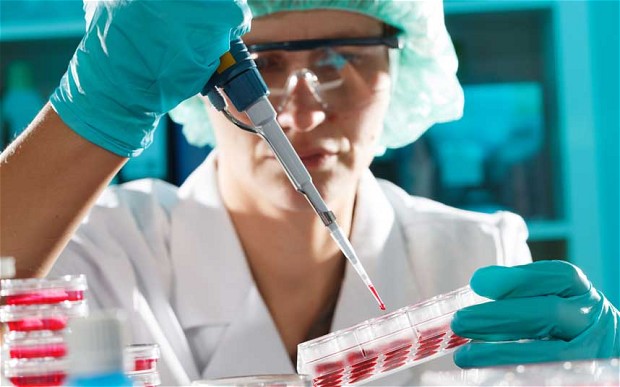 Could anyone imagine that a prestigious and respected institution like the CDC would err so greatly as to contaminate specimens with dangerous strains of bird flu or mishandle live anthrax? It seems a bit far-fetched but it is in fact the reason for which the Center for Disease Control is in the middle of a hearing overseen by the House Committee on Energy and Commerce on Wednesday.

More than 75 CDC staff members were exposed to live anthrax as several mistakes were made in the handling of extremely dangerous samples. These samples were not sterilized before they had been sent to another CDC laboratory, they had been apparently also left unlocked and the disinfectant that had been used was expired according to the report that was published today by the House Energy and Commerce Committee.

Deemed “sloppy” and “inexcusable” by the subcommittee chairman Representative, Tim Murphy, the recent issues of lab safety that the CDC seem to have been experiencing are in fact numerous and systemic. The samples of Anthrax were, according to the report, stored in an unrestricted hallway and in refrigerators that were unlocked. Moreover, there were no signs on the refrigerators meant to prevent them from being opened and one refrigerator that did have a lock also had the key to it sitting in the lock. Disinfectant had also been used that was expired and lab workers had not only not been properly trained in the decontamination of relevant surfaces and areas, but also couldn’t recall if the bleach they had used to decontaminate areas was expired or not.

Tom Frieden, the director for the Center for Disease Control and Prevention acknowledged the report and stated that such incidents were indeed completely unacceptable and that they should have not happened at all. He will personally supervise corrective actions so that the CDC can improve their safety regulations when the transfer of biologic specimens is underway.

This is sadly not an isolated case since the CDC has already been in the middle of similar scandals in the past. Another incident involved different strains of bird flu that became cross-contaminated because of improper handling protocols. This led to the temporary closure of influenza labs within the CDC as well as an abrupt halt on the transportation and transfers of biological materials. What is most worrisome, however, is the fact that this incident wasn’t known by high-level staff within the CDC for several months. Earlier this year, smallpox was the topic being discussed as vials containing viable strains of the virus had been found in an FDA laboratory.

Such events should certainly not be treated superficially since they raise serious questions about the safety protocols that are being adhered to by CDC staff members. And since there are four other cases described by the CDC itself where live anthrax as well as other dangerous samples had been sent out from its own laboratories, we should seriously evaluate its ability of ensuring the safety of the public as well as its employees.